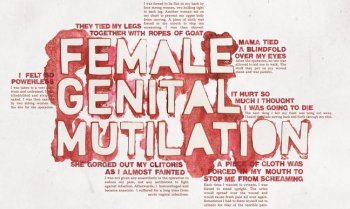 New data has shown a surge in reported cases of Female Genital Mutilation (FGM) in England, with over 1200 reports made in the first three months of 2016.

Figures released by the Health and Social Care Information Centre showed that there were 1242 newly "recorded cases of FGM" from January to March 2016 and that over half of the cases came from women and girls in London.

The Centre said that the data included 11 "newly recorded cases" of FGM involving "women and girls reported to have been born in the United Kingdom."

The release of the figures comes after a law requiring the mandatory reporting of FGM in England and Wales came into force in October 2015.

Dr Antony Lempert of the Secular Medical Forum said forced genital cutting was a "serious problem throughout the world including the UK" and that the new law was possibly leading to "an increased culture of reporting of FGM" even though reporting is only mandatory in cases involving girls who are under 18 years old.

Commenting on the new data he said: "Most cases in the reported dataset were of FGM types 1 and 2 which include the permanent violent removal of the clitoris and labia. Type 3 FGM includes the practice of infibulation whereby the vaginal opening is sewn up. This carries significant risks for menstruation, urination and childbirth and is known to increase maternal and infant mortality and often causes lifelong misery.

"Forced genital cutting involves powerful adults with vested interests forcibly removing erogenous, functional, intimate tissue from the healthy body of a vulnerable child whose intimate relationships will be affected lifelong by the practice. In some cases children will suffer horrendous injuries, some will die. In all cases of forced genital cutting, children's basic human rights are denied."

The Secular Medical Forum also warned that "Official figures are likely to be underestimates as most of the cutting of children's genitals takes place in secret.

Dr Lempert said that the "lifelong misery" caused by FGM is also "likely to be underestimated as many adults suffer in silence rather than face the shame or the danger of challenging the culture of their birth."

To stamp out the practice, Dr Lempert said that prosecution of perpetrators certainly had a place, but he cautioned that this would not be enough on its own. He said that educating children to the danger had to be part of the solution and that there could be no "tacit abandonment" of "children to forced genital cutting."

He said that even some parents who resist the communal pressure to have FGM inflicted on their own children "will resist attempts to prosecute their parents or community leaders even should they later find out how much harm has been done to them."

"Basic human and child rights must not depend on the accident of place and culture of birth nor on the gender of the child".

He also argued that efforts to tackle FGM were being undermined by the acceptance of non-therapeutic male circumcision. "Some communities understandably challenge the perceived hypocrisy of being lectured at and prosecuted for cutting girls' genitalia by societies which laud the practice of forced genital cutting of male genitalia similarly for no medical reason."

Dr Lempert said that "Whilst the harms are naturally different between boys and girls, so they are between the different types of FGM which range from a small pinprick to severely mutilating surgery. All forms of forced genital cutting risk serious sexual, physical and emotional harm including death for no medical reason."

"The Secular Medical Forum supports the inalienable right of every person to grow up with an intact body protected from the various whims and religious or cultural dogmas of adults within whose communities they happen to have been born. We consider the best approach to tackling FGM is one that educates all children and communities that children's bodies are not the property of their parents, that surgery should be performed only when there is a medical imperative and that all forms of forced genital cutting by definition, deny children their basic human rights."

Stephen Evans, National Secular Society's campaigns director, said: "These latest figures show that despite the excellent work that has been done to raise the profile of FGM, there can no room for complacency, and more needs to be done to protect potential victims from this horrendous form of abuse. The human rights of children must never be overridden on the grounds of religion, tradition or culture."

There has never been a successful prosecution for Female Genital Mutilation in England and Wales.