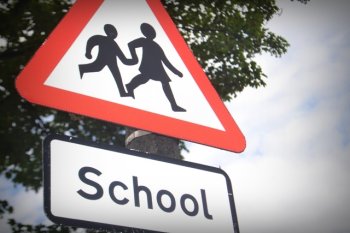 The National Secular Society (NSS) has welcomed news from Telford and Wrekin Council that its discriminatory school transport policy is being reconsidered.

The NSS called on the Council to review the policy in May after it was reported that the family of a 12-year-old boy were told that they could not use a taxpayer-subsidised bus, as it was only for church-going pupils.

In addition to its statutory obligations to assist pupils from low-income families, the Council provides discretionary assistance to pupils attending faith schools provided they are baptised Catholics or their families are "faithful and regular worshippers" in a Church of England Parish Church or other Christian affiliated churches

The pupil, who attends Holy Trinity, a state funded multi-faith academy, was told he would have to use public transport to get to school, whilst pupils from Christian backgrounds use transport provided by the Council.

The pupil's father said "The bus stops two minutes from the front door" but that his son "was told because he's not Catholic, even though he goes to the school, he can't use it."

In a response to the NSS, the Council said the home to school transport policy was "under review" and will soon go out to consultation.

The Council's assistant director responsible for education told the NSS that he hoped to "identify a solution which addresses both your anxieties and those of the residents of Telford and Wrekin."

Telford and Wrekin council said that their current policy "does contain provisions for secondary school age pupils to receive transport on the grounds of faith or religion to their nearest faith school where this is more than 3 miles from the pupil's home address and there is a similar provision in place for primary school aged pupils who are over 2 miles from their nearest faith school."

They added that the comments and analysis of the NSS would be made available to council officers responsible for the review.

Stephen Evans, the campaigns director of the National Secular Society, said the review was a good opportunity for the Council to reconsider whether it should be providing discretionary assistance to parents choosing more distant faith schools on religious grounds.

"By subsiding the choice of religious parents who opt to send their child to faith-based schools, the council is not only acting in a discriminatory way, it's also actively encouraging the division of pupils along religious lines.

"Instead, we'd like to see all local authorities promoting inclusivity and operating equitable school transport policies, free from religious favouritism and fair for families and taxpayers alike."