BBC’s output "too Christian" says head of religion and ethics 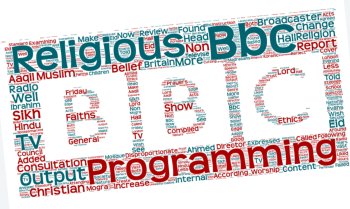 An internal review has found the BBC's religious output is "too Christian" and recommended an increase in its Muslim, Hindu and Sikh programming.

Aaqil Ahmed, the broadcaster's head of religion and ethics, compiled the report following consultation with non-Christians who expressed their belief that the BBC is disproportionate in its religious content.

Ibrahim Mogra, of the Muslim Council of Britain called for the BBC to televise Friday prayers from a mosque, cover Eid and show children attending madrasahs after school for Koranic instruction. But he added: "We would not wish Christians to have any less exposure."

A BBC spokesman told the London Evening Standard that the BBC was intending to do "more programming around Christianity and more on other faiths as well", adding that there was "absolutely no question of an 'either or' on our output."

Stephen Evans of the National Secular Society agreed that the BBC's religious output has "failed to reflect Britain's changing religious landscape" but said the answer was to change the nature of the programming rather than creating more "worship-based" content aimed at minority faiths.

He said: "It would be good to see the BBC focussing on cutting edge, informative and challenging programming about religion and belief, rather than broadcasting acts of worship and programming that simply evangelises for a particular religion, which is both unpopular and alienating to the vast majority of people."

In recent years the BBC has gradually reduced the hours devoted to religious broadcasting. In 2015 a BBC Trust consultation on speech radio found that religious programmes are the least liked and least well received radio shows. A TV industry report from 2013 found religion to be least popular genre of programming on TV.