Anniversary conference to celebrate 150 years of the National Secular Society 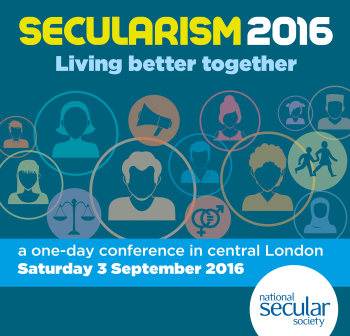 The National Secular Society is pleased to announce a special conference to mark 150 years since the Society's founding and to debate the vital role of secularism in modern Britain and beyond.

The conference, Secularism 2016: Living better together, will be held in central London on 3 September, and will offer a wide variety of discussions about secularism's role in ensuring citizens of all faiths and none can live together fairly and more cohesively. The conference will look back what progress has been made, celebrate the triumphs of the secular movement in the past 150 years and consider what still needs to be done.

NSS President Terry Sanderson said: "We've come a long way since 1866. For 150 years the NSS has campaigned for a secular democracy based upon the principles of equality and fairness.

"To mark our 150th anniversary, we're thrilled to offer everyone an exciting opportunity to participate in this unique one-day conference.

"A distinguished panel of thinkers, including Jacques Berlinerblau, author of the internationally acclaimed How to be Secular, will come together to share their knowledge and passion for secularism. It promises to be a memorable occasion."

Other confirmed speakers include Paul Rowe of Educate Together, the education charity awarded Secularist of the Year 2016 for their work opening inclusive schools. Our honorary associate Maajid Nawaz will speak on a panel discussing Islam and secularism, along with Tehmina Kazi, the director of British Muslims for Secular Democracy.

Historian Devorah Lavin will join us to discuss the life of NSS founder Charles Bradlaugh MP, including the years-long battle he fought to take up the parliamentary seat he rightfully won in 1880 but was barred from taking on account of his atheism.

Mr Sanderson added: "We're all very excited about this event. It will be an excellent opportunity for our members and supporters to get together and hear from a fantastic and perhaps challenging range of commentators. With more speakers due to be confirmed in the coming weeks and months, we're guaranteed high calibre discussions on a variety of fascinating and controversial subjects – all packed into a single day."

The conference will take place on Saturday 3 September 2016, 09:30 to 17:30, Central London (the venue is just a short walk from Russell Square Station). 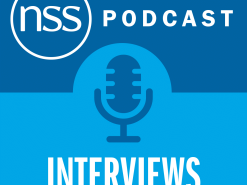 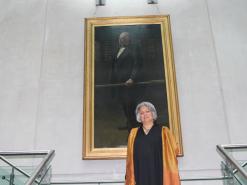 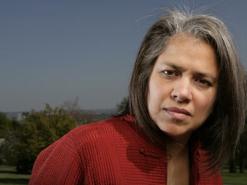