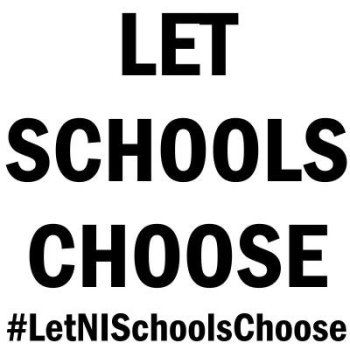 A Northern Ireland councillor has been criticised after comparing a Sixth Form student's campaign against mandatory school worship to the "early stage" of Hitler and Stalin's rule.

Councillor William Blair of the TUV told campaigner Scott Moore that his efforts campaigning to allow schools to choose whether or not to hold collective worship, were like the policies of "Chairman Mao, Stalin and Hitler".

"I think this is a very early stage here of trying to get Christianity, in particular, out of all schools. Now, we've had it all over the whole world and I would be a reader of history. Chairman Mao, Stalin and Hitler – all of them wanted to do away with God and this is just the foot in the door and putting pressure onto young believers.

"I have read magazines and all over the world there is a great victimisation for a young person who would have faith in God. I think it is a very bad idea to interfere with a person's faith."

Another councillor, George Duddy of the DUP, accused Moore of "trying to remove Christianity from schools" and told him to speak to the churches about his concerns.

Moore was speaking to a meeting of Causeway Coast and Glens Borough Council about his campaign, and said he received a "diverse" range of responses from councillors, including many supportive comments.

"It's unfortunate that Cllr. Blair feels the need to be so theatrical about all this – is he threatened by the popular support for my campaign, and the efforts to eliminate religious privilege in our society?"

Moore said that Blair's comments were "highly disrespectful" to those "who have faced genuine and real religious persecution in the past and present". The campaigner said that he thought councillor Blair should apologise for his "poor taste" comments.

Despite Blair's opposition, Moore told the local newspaper that "Most councillors thought I gave a great presentation and were quite welcoming," and he noted that some had offered their "strong support."

The 'Let Schools Choose' campaign is planning to speak to more councils in the future.

One councillor compared mandatory worship in schools to the prayers that council members are "forced" to sit through during meetings – a practice the National Secular Society has campaigned to end.

Another who supported Moore said he did not think that his own Christian faith should be imposed on anybody else.

After the meeting Moore said that while he was willing to talk to the churches about his concerns with current Northern Ireland law, he feared that they would be "opposed to even the most rational and incremental of steps towards greater parity of esteem for non-religious, minority religious and undecided young people".

NSS campaigns director Stephen Evans praised Moore's campaign and said "there is a growing consensus that collective worship should not be imposed on pupils.

"It's unfortunate that the insecurity of some believers leads them to respond to reasonable secular arguments with wild allegations whenever their religious privilege is challenged. It's absurd to equate secularism with extremism when all it seeks to do is ensure that freedoms of thought and conscience apply equally to all believers and non-believers alike.

"School pupils, like everyone else, should be free to decide for themselves what their religious beliefs are and how they manifest them. Of course, many young people in Britain aren't religious, which perhaps explains why organised religion is so eager to influence what goes on in schools."

In Northern Ireland, as in England, Wales and Scotland, there is no option for pupils to withdraw themselves from collective worship and only their parents can do so. The National Secular Society was instrumental in securing an opt-out for Sixth Form students in England.

In 2015 the Commission on Religion and Belief in Public Life said that schools in Northern Ireland should no longer be required to arrange daily acts of collective worship.