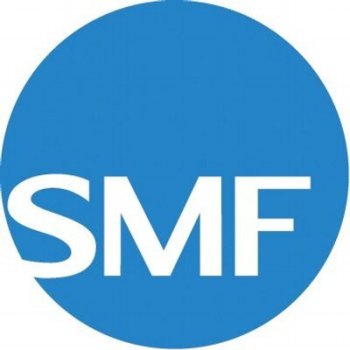 A High Court judge has ruled against a devout Muslim who wanted his children circumcised, finding that the boys should be able to make the choice themselves in a judgement welcomed by the Secular Medical Forum.

Dr Antony Lempert of the SMF described the ruling as a small but "welcome" step "towards safeguarding children from forced genital cutting."

Religious requirements "should not be allowed to override a person's most fundamental right to grow up with an intact body and to make their own choices about permanent bodily modifications," he said.

"It is a procedure that permanently removes healthy, erogenous and functional tissue from the most intimate part of a person's body without that person's consent and for no medical reason.

"That it should take a parental disagreement in court for a child to be protected from forced genital cutting remains a serious concern from a child safeguarding perspective."

The judge said that the boys' mother was "resolutely opposed" to having the children circumcised and ruled that "There is no guarantee that these boys will wish to continue to observe the Muslim faith with the devotion demonstrated by their father, although that may very well be their choice."

She added: "They are still very young and there is no way of anticipating at this stage how the different influences in their respective parental homes will shape and guide their development over the coming years."

James Chegwidden, who acted as junior counsel for the mother in the case, said that while he could not comment on the specifics of the case, the ruling was "an encouraging step towards the legal protection every child deserves."

But he warned that the case revealed "just how limited our current legal protection of our children is."

"Bodily autonomy is a right of every child – it cannot be reduced or ignored simply because both its parents happen to be religious. For a right so fundamental as bodily autonomy for a child to depend totally on the whim of an adult is simply unacceptable.

"The court has still yet to classify infant circumcision as 'significant harm', despite the significant evidence that male genital cutting is at least as invasive as some forms of FGM."

The father, an Algerian-born Muslim who has lived in England for fifteen years, is now separated from the boys' mother, whom he had met ten years ago and subsequently lived with. He entered the UK using false travel documents but was subsequently given a British passport.

The couple separated after the mother, from Devon, and the two boys had to flee their home when he violently attacked her in 2012. He was described as "an increasingly controlling and violent individual who sought to impose restrictions on how she lived her life." He had previously "threatened many times that he will abduct the children to Algeria" and was "violent, threatening and controlling towards the mother."

Mrs Justice Roberts said that the father was a "devout Muslim" committed to ensuring that as part of his son's "dual heritage" they "grow up as Muslims observing all the tenets and practices" of Islam.

The children are currently aged six and four, and the judge said that she had reached a "clear conclusion" about the "irreversible procedure" and that the children should have the right to choose for themselves.

"I am simply deferring that decision to the point where each of the boys themselves will make their individual choices once they have the maturity and insight to appreciate the consequences and longer-term effects of the decisions which they reach," the judge said.

"There are risks, albeit small, associated with the surgery, regardless of the expertise with which the operation is performed.

"There must be clear benefits which outweigh these risks which point towards circumcision at this point in time being in their best interests before I can sanction it as an appropriate course at this stage of their young lives."

The judge's warning about the risks of circumcision came as a medical tribunal heard the case of Dr Muhammad Chaudhary, a doctor accused of bungling a circumcision on a two month old baby, who then allegedly tried to bribe the child's family into dropping a claim against him.

He reportedly told the Muslim family that "Litigation in Muslim culture is not usually a route to adopt especially in ritual matters" in an attempt to stop action being taken against him.

The child was finally referred to a specialist surgeon, the Mirror reported, and had to endure three additional operations in a hospital.

"There are practically no restrictions on who can perform forced genital cutting on young (male) children in the UK. The procedure is almost wholly unregulated in the UK. The reality is that we simply don't know the extent of harm caused to young children by ritual circumcision. We do know that many such children turn up in A&E and some need treatment in paediatric Intensive Care Units as a direct result of non-therapeutic circumcision.

"Dr Chaudhary is being investigated because he is a doctor who is alleged to have behaved dishonestly. Ironically, should Dr Chaudhary be removed from the medical register, he would no longer be required to satisfy even the limited requirements of the GMC in this matter and would be free to continue cutting young boys' genitals."