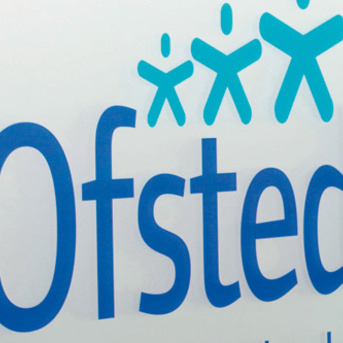 Ofsted have written a scathing criticism of an independent orthodox Jewish school which has a policy of not referencing "evolution or prehistoric events" that would "predate the creation of the world 5776 years ago".

The Getters Talmud Torah School was found to not be meeting the standards required of independent schools when it was inspected by Ofsted in March 2016, after previous inspections found a string of serious failures.

The school's curriculum "contains no reference to cultural and aesthetic subjects" and teaching of non-religious subjects is "restricted to between 45 minutes and 1 hour per day for the older year groups, with no provision for the younger years."

There was "very limited" teaching which even "reference" "aspects of geography, history and citizenship" and pupils had "not heard of drama" and were not taught any music or art.

Ofsted accused the school of promoting "the teaching of incorrect content" and noted that the school's own policy states that "our curricula for Science, Geography and History will not reference evolution or prehistoric events that would de facto predate the creation of the world 5776 years ago".

There was no reference whatsoever to sex and relationships education because senior leaders said it would "contravene the precepts of their faith" and any mention of homosexual people in the school was 'prohibited'.

The school was failing to prepare pupils for future careers and "Pupils demonstrated stereotypical views on the roles of men and women, with men 'going to work' and women 'cooking and cleaning'."

The alarm was also sounded about pupils' safety and the inspectors learnt that the school doesn't use an application form for recruitment, doesn't check the employment history of applicants and was ignorant of some safeguarding checks.

The quality of the teaching was found to be very poor, and the inspection found that "Teachers continue to lack guidance on how to structure learning in the secular curriculum or plan for different ages or aptitudes. As a result, lessons are unstructured and do not promote learning."

NSS Campaigns Director Stephen Evans said: "Action needs to be taken against independent schools like this which are continuing to fail countless children who deserve an education that prepares them for adult life. It is appalling that so many are given a sub-standard education and are left totally ignorant about life in modern Britain, science, history, and a whole range of subjects.

"Individuals should of course be free to practice their religion, but the state should step in when young people's rights and freedoms are being curtailed in the name of religion, tradition or culture."

The school currently has 241 pupils, all boys aged from three to 13 years old.