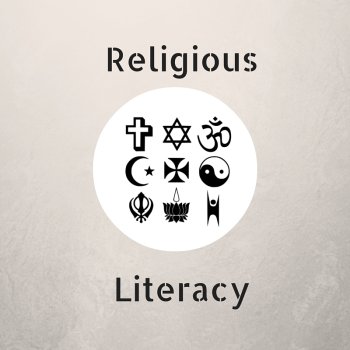 The National Secular Society has reiterated its support for improved religion and belief education in schools but warned that concerns over poor 'religious literacy' are being used as a Trojan horse to elevate religion's status in public life.

The warning was made in a submission to the All Party Parliamentary Group on Religious Education's enquiry into the 'importance and development of Religious Literacy'.

The APPG on RE has recently come under fire from the RE community for its decision to remove the study of non-religious worldviews from its remit – a move described by the NSS as "regressive, short-sighted and thoroughly regrettable". The former Chair of the APPG, Stephen Lloyd, has said the parliamentary group is "in danger of turning into a religious sect."

In its submission to the group's enquiry the NSS argued that non-religious worldviews, including secular and philosophical critiques are part of, not separate from, religious literacy. The Society also warned that the 'urgent need' for improved religious literacy is often overstated by those wishing to elevate the status and role of their religion in wider society.

Stephen Evans, National Secular Society Campaigns Director, commented: "The ambiguity of 'religious literacy' and the differing agendas of those promoting it render the term problematic.

"All children and young people should be entitled to a broad and balanced education about religious and non-religious worldviews. A sound knowledge of a range of beliefs and practices can only help young people to navigate their way around Britain's increasing diversity, but we reject the notion that a deep understanding of religions is a necessary pre-condition for a peaceful and tolerant society. Moral and political virtues such as civility, citizenship, tolerance and inclusivity, coupled with an awareness of and respect for human rights, will nurture a more harmonious society – and these values should be promoted throughout state education."

The NSS submission argues that one of the main drivers of good religious literacy is meaningful interaction with people of other faiths and beliefs and says the promotion of integrated and inclusive schools rather than education organised around religious identities would significantly aid the development of 'religious literacy' in children.

"The most significant step that could be taken to aid the development of religious literacy in children within the school context would be to challenge the ghettoization and religious segregation that results from state education so often being organised around religious identities," the submission argues.

The NSS also argued that the imposition of worship by law often means children worship as an act of compliance rather than as a free exercise of conscience, calling it a "wholly inappropriate" way of promoting religious literacy. The NSS has called for the APPG to recommend that this requirement is dropped.

The APPG's enquiry is assessing how Religious Literacy can be improved though a range of means including, schools, workplace training schemes, life-long learning, media and literature, sports and other leisure activities, and community forums.

Both the Chair of the APPG, Fiona Bruce MP, and education secretary Nicky Morgan are members of the Christians in Parliament group.

Mr Evans added; "Some people are clearly concerned about the growing indifference to Christianity in Britain and perhaps see efforts to improve religious literacy as a way of addressing that. Increasing religious diversity coupled with an overall decline in religiosity may be inducing moral panic amongst some, but that's rarely a good basis for policy making.

"Living together successfully may well require a degree of religious knowledge, but attempts to facilitate effective community engagement and social cohesion need not always be tackled through a religious prism."