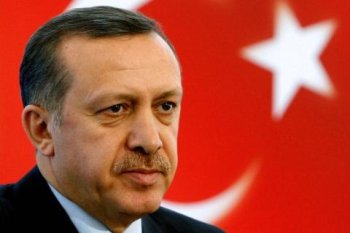 The Turkish politician charged with redrafting the country's constitution has called for an Islamic constitution as opposition leaders warn that "Secularism is there to ensure that everyone has religious freedom."

Ismail Kahraman, speaker of Turkey's parliament, has been quoted saying that "the new constitution should not have secularism."

According to Reuters reports, Kahraman said that the new document "should be a religious constitution."

He added that a redrafted constitution "needs to discuss religion" and that "It should not be irreligious".

"As a Muslim country, why should we be in a situation where we are in retreat from religion?

"We are a Muslim country. As a consequence, we must have a religious constitution."

President Erdogan's Justice and Development Party (AKP) currently holds 317 seats in parliament and 330 are need to hold a referendum on a new constitution. To change the constitution the AKP would need to secure thirteen additional votes in parliament.

"The chaos that reigns in the Middle East is the product of ways of thinking that, like you, make religion an instrument of politics," Kemal Kilicdaroglu told the speaker on Twitter.

There has been a sustained period of Islamisation under President Erdogan's rule and increasing authoritarianism. This stretched beyond Turkey's borders in recent weeks when German Chancellor Angela Merkel permitted the prosecution of German comedian Jan Böhmermann for mocking President Erdogan, following a complaint from the Turkish president.

In response to this use of Germany's archaic lèse majesté laws, the writer Douglas Murray introduced a "President Erdogan Offensive Poetry Competition" in the Spectator to defend freedom of speech.

Erdogan is also seeking the end of the parliamentary system in Turkey and a move towards a presidential model which would significantly strengthen his executive powers. There are therefore fears that a new constitution could reject secularism, enshrine Islam as Turkey's state religion and drastically increase the power of the Turkish presidency.

Kahraman however denied that an "executive presidency" would be a "dictatorship."

Following the outcry prompted by the speaker's comments, Turkish Prime Minister Ahmet Davutoglu claimed that "In the new constitution which we are preparing, the principle of secularism will be included as one guaranteeing individuals' freedom of religion and faith, and the state's equal distance to all faith groups."