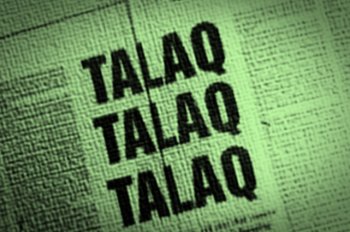 Muslim women in India are campaigning to ban 'triple talak', the legally-recognised way in which a Muslim man can unilaterally divorce his wife, and they have taken their case to India's Supreme Court.

India recognises 'Muslim Personal Law' for its 170 million Muslim citizens, effectively putting into legal force elements of sharia. However many of the 'laws' which govern this area of life are uncodified, leading to widespread abuse. This includes the instant verbal divorce in which a man can immediately divorce his wife simply by saying "talaq" (divorce) three times which campaigners claim has no basis in the Quran.

One woman, Shayara Banu, faced domestic abuse from her husband, and was made to go through six abortions during their marriage. Finally her husband divorced her, with a letter stating "talaq" three times, bringing their fifteen year marriage to an end. But Banu said that ever since she received the letter she has not been allowed to see her children.

Banu took her case to the Indian Supreme Court so that it would consider whether the practice is unconstitutional.

The Indian Express reports that in response the court "has forced the government to dust off a year-old comprehensive report by a high-level expert committee, whose recommendation to ban triple talaq and polygamy has not been acted upon so far."

Banu's complaint went far beyond her own experience as a victim of triple talaq, and she also campaigns for a ban on polygamy and the custom by which a woman cannot return to her former husband unless she first consummates another marriage with another man.

Zakia Soman, co-founder of the Indian Muslim Women's Movement, said that "Ordinary Muslim women have suffered for too long and they demand immediate stopping of this practice. They are knocking at the doors of the courts seeking help in making this long overdue correction."

She added that the "practice is not legal in Muslim countries worldwide."

An academic study of triple talaq which collected experiences from women affected noted the "startling" ease with which men could divorce their wives, including by text.

"In many cases," the study said, "the woman is informed of being divorced while she is outside her home, she is thus unable to go back to her husband's home to retrieve her belongings, in effect leaving her destitute. The situation is further aggravated if she has no maternal family to help her."