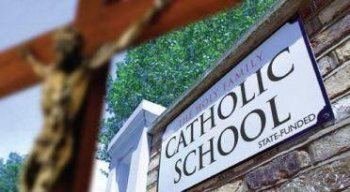 A new report by the Sutton Trust has revealed how the most socially selective schools are likely to be faith schools using oversubscription criteria to select disproportionately wealthy pupils.

Analysis of primary schools by Dr Rebecca Allen and Dr Meenakshi Parameshwaran has shown that over 1500 schools in England are "highly socially selective" and that Catholic faith schools are particularly selective in their intake.

"It is generally true that non-religious schools are not particularly socially selective and that Roman Catholic and other religious primary schools are, regardless of governance status," the researchers said.

They found that the "socially selective primary schools are more likely to be found in London and other urban areas" and that they are "often schools with a religious character who have chosen to apply religious oversubscription criteria."

Faith schools are able to use particularly complex oversubscription criteria when allocating places, and one school was found to be using 18 different criteria.

The Sutton Trust said that the most socially selective schools "tend to use lengthy and more complex oversubscription criteria to decide who is allocated a place" and these can be "complex for parents to navigate."

According to the research, "There are well over 1,000 primary schools where the free school meals proportion is over 10 percentage points lower than that found in the neighbourhoods from which they recruit," meaning these schools have selected pupils from disproportionately affluent backgrounds, leaving the school population unrepresentative of the surrounding area.

Analysing the results, Conor Ryan of the Sutton Trust wrote that the "pattern seems strongest in some – though not all – London boroughs and in areas outside London where there are strong faith-based, particularly Catholic, state schools."

In response to the findings, the Trust has recommended that faith schools "should consider prioritising pupil premium pupils ahead of others in their admissions criteria" and that the Admissions Code is "properly enforced."

The result of this will be that challenges to faith schools can only be made by parents; and civil society organisations will not be able to identify and complain about problems on their own.

NSS Campaigns Director Stephen Evans commented: "The Admissions Code needs to be enforced but the Secretary of State seems determined to make that harder despite evidence of widespread abuses."

The Sutton Trust has proposed that "All religious schools should make places open to the local community with simple and consistent religious admissions criteria."

Mr Evans said that while that would address some of the issues around social selection, it would not be a solution to the problems caused by faith schools, "because it would leave, for instance, a Catholic ethos being imposed on non-Catholic pupils and families in a taxpayer funded school."

The researchers called for "greater scrutiny" of legacy criteria at existing faith schools – a recommendation the NSS has welcomed.