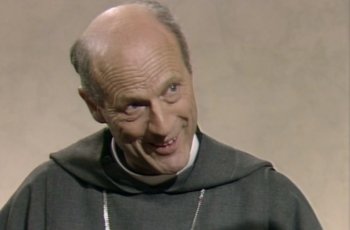 A victim of clerical abuse has refused to give evidence to a Church review of the Bishop Peter Ball case, after it declined to explicitly mention intimidation of victims in its Terms of Reference.

The Revd Graham Sawyer was seriously abused as a young man by former Anglican bishop Peter Ball and gave evidence at the trial at which the bishop was jailed last year, aged 83.

It took decades to bring Ball to justice and Reverend Sawyer asked that, given the role played by bullying in delaying justice in the Ball case, the Review into the matter set up by the Archbishop of Canterbury specifically address "bullying, intimidation and threats" made to victims. He asked for this request to be considered by Archbishop Welby personally.

In light of the Church's refusal to amend the Review's terms of reference to encompass bullying of victims by senior figures within the Church, Reverend Sawyer has said he will not speak to the Review or give evidence.

He told BBC Radio 4's Sunday programme that "It is clear that the [Review] is not going to cover [bullying and vilification], it should be explicit and it is not. … Why not say it? … No one from the Church has telephoned me to assure me they will cover those areas." The Church and the chair of the Review declined the BBC's request for an interview.

The National Secular Society had also asked that the Church explicitly consider "the extent to which Church officials sought – and/or encouraged others - to intervene with the CPS, the police and dissuading complainants from reporting to the police".

Ball had evaded justice for decades by falsely claiming his innocence and the Church went to inordinate lengths to protect him. This included intervening inappropriately with the police and Crown Prosecution Service in the 1990s. Evidence is mounting that victims and whistleblowers have been continually bullied in an attempt to silence them and that multiple complaints were ignored by the Church hierarchy.

Terry Sanderson, President of the NSS said: "For decades complainants were portrayed as fabricating their claims, something that had a devastating effect on victims, leading one to commit suicide. The catalogue of bullying by the Church against Graham Sawyer is horrific and continues even now.

"The institutional bullying and silencing almost succeeded in preventing Bishop Ball ever being brought to justice. The Church's obdurate refusal at the highest levels to specify them in the Terms of Reference should ring alarm bells about the seriousness of its intentions to look at them with the requisite priority. Maintaining the refusal means the principal witness Graham Sawyer, and perhaps others, will not give evidence and this further undermines the validity of the Review. At least he will be able to give his evidence to the Independent (Goddard) Inquiry set up by the Government.

"Given the fundamental importance of all this in delaying justice and compounding the abuse of victims, bullying should have been explicitly considered in the Review and named in the Terms of Reference."