‘Blasphemy’ accusation after academic calls for separation of religion and politics 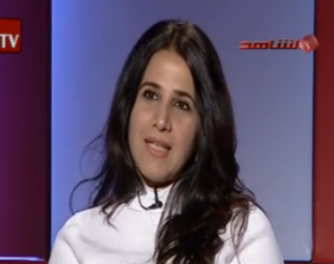 A Kuwaiti philosopher was questioned over blasphemy charges after she said that religion and politics should be separate and that placing the Koran above the constitution was "undoing" democracy.

In an interview on Kuwaiti TV in March 2016, Dr Sheikha Al-Jassem said that "The constitution stipulates that the Kuwaiti regime is democratic" rather than a religious state, and she warned that putting the Koran above the constitution was "the undoing of our democratic regime."

She went on to clarify her remarks on the Koran by explaining that in her view "you cannot compare" the Koran and the constitution of Kuwait because they each had a distinct role.

"We are trying to run a state. Are we supposed to do it with the Koran?" she asked.

The academic also said that "every religion gets hijacked at some point by the politicians" and argued that political religion was just used as "a tool for oppressing people."

At one point towards the end of the interview Al-Jassem said there was no freedom of speech in Kuwait and that she had to speak in "code."

The host argued that she was free to "say whatever you want," to which Dr Al-Jassem replied, "No, I can't." She said that she was "aware of the things that I am allowed and not allowed to say."

The discussion also touched on a wide-range of other issues, including gender segregation at universities. Dr Al-Jassem said this was "totally unnecessary" and that "the purpose of … segregation was to impose control over society", as the niqab was.

As a result of her comments in the interview calls were made for her dismissal from Kuwait University and she told the BBC that she received "terrifying" abuse from Islamists in Kuwait and Saudi Arabia.

If charges are pressed Dr Al-Jassem could face a year in prison and/or a fine equivalent to more than £2000.

The End Blasphemy Laws campaign said that the Kuwaiti government has been "actively enforcing" blasphemy and anti-apostasy laws and that recent years have "seen a notable crack-down on freedom of expression in the country."