Bangladeshi government must act over killings and defend free speech 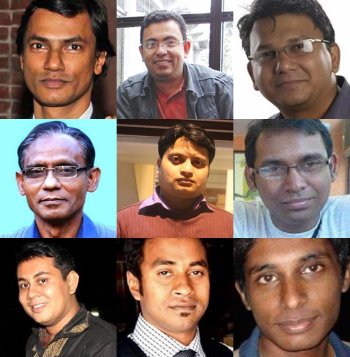 The National Secular Society has written to the Bangladeshi High Commission criticising their government's inaction over a spate of Islamist killings.

The most recent murders on Monday 25 April claimed the lives of Xulhaz Mannan, the editor of an LGBT magazine, and his friend, in a brutal attack. Previous killings have seen numerous secularist bloggers hacked to death by jihadists.

President of the National Secular Society Terry Sanderson urged the government of Bangladesh "to take concrete action to identify, find and prosecute the killers."

"An atmosphere of general impunity has been allowed to form in Bangladesh – in part due to your government's perceived unwillingness to act," he told the High Commissioner.

Because of this, Mr Sanderson wrote, "a corresponding escalation in in the frequency of these reprehensible crimes has been seen."

"We very much regret that Government of Bangladesh has implied that the writers should not be writing 'filthy things about our religion and our Prophet', thereby placing the blame squarely on the shoulders of the victims. It is no wonder then that the murderers continue to act with impunity silencing liberal and secular voices."

The letter said that action "taken by the Government has cemented the prohibition sought by the killers on criticism or open discussion about religion and its role in Bangladeshi society."

Shortly after the most recent murders it was reported that two Hindu teachers had been jailed in Bangladesh for 'insulting' Islam.

According to Associated Press reports, students at a high school in southern Bangladesh complained after an assistant teacher 'dismissed' the Quran and said there was no heaven.

A mob of parents, students and villagers then attacked the teachers with sticks, AP said.

After a rapid judicial process, the two were imprisoned with sentences of six months each under a colonial-era law which criminalises insulting religion.

The NSS wrote to the Bangladeshi High Commission that cases like this enforced the agenda of the killers by destroying freedom of speech in the ostensibly secular nation.

"Statements made by Bangladeshi officials and the prosecution of the two teachers sends a dangerous and deadly signal that the Government tacitly endorses the ends of the killers, while turning a blind eye to their mean," the Society told the High Commissioner.

The NSS has also made representations to the Foreign Office and called on the UK Government to express its concerns about the killings in the strongest terms to the Bangladeshi government and to demand an end to the Bangladeshi government's criticism of those exercising their freedom of expression, while urging a concerted effort to apprehend and punish the perpetrators behind the murders.