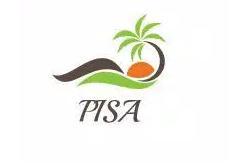 The UK National Secular Society has congratulated the founders of a new organisation to promote public understanding of secularism in the Pacific Islands.

The Pacific Islands Secular Association (PISA) advocates secularism as "the best means to create a society in which people of all religions or none can live together fairly and cohesively with dignity and self-respect."

The new organisation will work in Fiji "to promote a better understanding of secularism". Fiji's constitution, adopted in September 2013, "incorporates international human rights standards for freedom of religion or belief, and freedoms of expression, association and assembly" but the International Humanist and Ethical Union warned that it is "too soon to say whether these newly declared rights will be respected in practice, especially given the recent history of coups and widespread violations of the rights to free expression, association and assembly."

IHEU's annual freedom of thought report noted that the constitution "creates a secular state that guarantees freedom of religion or belief for all persons" and PISA has committed itself to protecting and preserving these constitutional principles and making sure they are actively defended – given Fiji's history of political instability.

But the organisation is not limited to Fiji alone and in an announcement on their website PISA said that they will "work in other Pacific Island nations to try to persuade governments that secular republican government is more appropriate in the 21st century."

It has already identified some key areas of concern across the Pacific Islands, including the preamble to American Samoa's constitution which contains religious language despite a prohibition on the "establishment of religion".

In Papua New Guinea "Churches continue to run most schools and many health services", PISA said.

There is a diverse range of attitudes to religion in public life enshrined in the laws and constitutional arrangements of the Pacific Islands. Some, like New Caledonia, a French territory, observe France's laïcité, while others have softer version of secularism or explicitly make mention to God and religion in their founding documents.

In all of these states the Association will "provide a secular voice in the media, defending freedom and equality and promoting human rights" and observe political neutrality.

PISA has said that it will work with all those "who agree that religion and politics should be kept separate."

Keith Porteous Wood, executive director of the National Secular Society, wrote to PISA to congratulate the group on its formation.