Educate Together awarded ‘Secularist of the Year’ prize 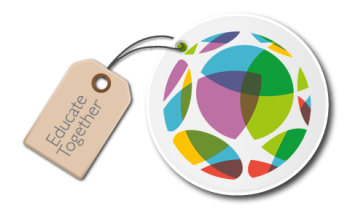 The National Secular Society has awarded the annual Irwin Prize for Secularist of the Year to Educate Together, an educational charity which runs equality-based, inclusive schools.

The £5,000 prize was presented to Paul Rowe, Educate Together CEO, in London on Saturday 19 March at an event hosted by broadcaster and writer Julia Hartley-Brewer, an honorary associate of the National Secular Society.

"Educate Together puts secularist principles into action and demonstrates what a 21st century secular education system should look like – children and young people educated together, taught an ethical education curriculum in a school with an inclusive ethos without any imposition of religion.

"Equality of access and esteem to all – that's what makes them different, and that is what we want to celebrate with our award.

"Faith-based education and imposed worship means religious discrimination against children, parents and teachers is prevalent throughout our education system. Educate Together schools show that a different way is possible, practical and progressive. If all schools in England are to become academies then Educate Together's model is an excellent blueprint for others to follow."

"It is a great honour to accept this award on behalf of the thousands of volunteers, parents, staff and pupils who have been involved in Educate Together over many years. Today, ethical education, and the provision of schools in which children of all backgrounds can learn together in equality and respect are really important. They are the foundations and building blocks for the inclusive, peaceful and sustainable societies that are urgently needed in all parts of the world.

"Educate Together is keen to partner with like-minded educationalists and activists to make this approach more widely available in the UK and in other countries. We are humbled and thankful to the National Secular Society for highlighting our work through this award."

After accepting the award he added, "Educate Together would also like to compliment the National Secular Society in its continued work to highlight the issues of intellectual and religious rights in the UK education system. In particular, Educate Together supports its advocacy on the issue of compulsory worship in schools and its persistence in shining a spotlight on the areas of public life in the UK that fail the tests for religious and intellectual rights and freedoms."

Educate Together formed in 1975 as a response to the complete domination of denominational schooling in Ireland which saw students of different faiths educated in different schools. The establishing of equality-based schools met with opposition from some conservative Catholics who accused Educate Together's multi-denominational model of being "atheistic", "divisive" and "hostile to religion".

The group now runs 81 schools in Ireland and is the fastest growing sector of education in Ireland. This year it will open five secondary schools and hopes to add a further five more primaries. In the UK it operates Redfield Educate Together Primary Academy in Bristol, its first UK-based school which offers an ethical education curriculum "particularly suited to the education of children for life in today's diverse and globalised world." It has recently been selected to open two further primary schools in 2017, in Weston-super-Mare and Keynsham.

The group's schools "guarantee equality of access and esteem to children 'irrespective of their social, cultural or religious background', are learner centred in their approach to education and are run as participatory democracies, with respectful partnership between parents, pupils and teachers."

Educate Together has committed itself to delivering "equality-based" education where all children have "equal rights of access to the school, and children of all social, cultural and religious backgrounds being equally respected".

Its ethical education curriculum includes moral and spiritual development, justice and equality, ethics and the environment as well as belief systems.

According to Educate Together's ethos: "Responsibility for religious formation of children is assumed to be that of the family and religious organisations, while the responsibility of the school is to provide a safe, caring and respectful environment for all children. This encourages children to have a strong and secure contact with their own identity and comfort in interaction with people of different faiths and persuasions."

Two previous winners of the Secularist of the Year award, Maryam Namazie and Peter Tatchell, were honoured for their recent campaigning to defend free speech on university campuses. Both have put themselves at personal risk after speaking at University events that were deemed to have "upset" some students. Their work has brought to a national audience the whole issue of student leaders' over-sensitivity to topics raised in free debate.

The work of Peter Saunders, the prominent champion of the victims of sexual abuse by Catholic clergy, was also recognised and applauded.

Joel Adams, a journalist on the Brighton Argus, was praised for his work in bringing to light an establishment cover-up of the activities of the former Bishop of Chichester, Peter Ball.

The Irwin Prize for Secularist of the Year award is presented annually in recognition of an individual or an organisation considered to have made an outstanding contribution to the secular movement. The award is kindly sponsored by NSS honorary associate Dr. Michael Irwin.

Paul Rowe's full acceptance speech for the award on behalf of Educate Together can be read here and a recording is available here.

The prize has previously been awarded to:

2015 Charlie Hebdo, for its courageous response to the terror attack on its Paris office and defence of secularism – presented by Martin Rowson, Guardian cartoonist and author.

2012 Peter Tatchell, for his lifelong commitment to the defence of human rights against religious fundamentalism – presented by Nick Cohen.

2011 Sophie in 't Veld MEP, for her work as chair of the European Parliamentary Platform for Secularism in Politics – presented by A. C. Grayling.

2010 The Southall Black Sisters group, for their support of black and Asian women's human rights, accepted by Pragna Patel – presented by Michael Irwin.

2009 Evan Harris MP and Lord Avebury, joint award for their work in the abolition of blasphemy law –presented by Richard Dawkins.

2006 Prof. Steve Jones, biologist at University College London and author of a number of books on evolution –presented by Dick Taverne.

2005 Maryam Namazie, for her work in defence of women's rights and the right to freedom of expression –presented by Polly Toynbee.

Tags: Education, Secularist of the Year