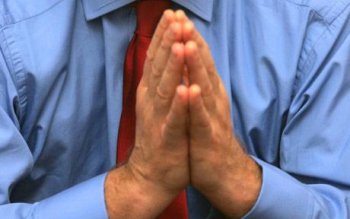 A local councillor has called on Ross-on-Wye town council to move away from religious events and to embrace inclusive, secular ceremonies – warning that current arrangements alienate non-Christians.

Cost saving measures considered by Ross-on-Wye included a proposal to scrap a non-religious mayor making ceremony, while retaining a civic service held in a local church.

The civic service is typically held in St Mary's Church but the plans prompted opposition from one councillor who argued that the non-religious ceremony should be retained instead of the church-based service.

Councillor Jane Roberts, who is on the Finance Committee of Ross-on-Wye town council, said the existing civic service alienates non-Christians and the non-religious.

"I worry about the civic service. I think it excludes people, such as myself, who are not practising members of the Church of England."

"The civic service perpetuates the links between the church and state within the town."

Councillor Roberts said there was an "important matter of principle" at stake in the discussions.

"I personally believe that this country would be better placed if the church was disestablished and a proper separation between church and state," she added.

After Councillor Robert's intervention, the town council decided to keep both events rather than just the religious one, and an amendment was passed ensuring that both the civic service in the church and the non-religious mayor making ceremony do not run over their budgets.

National Secular Society spokesperson Benjamin Jones welcomed Councillor Roberts' comments. "It's good to see increasing numbers of councillors arguing for local government to be secular. The Government is keen to see religion promoted in councils, but it's clear that many councillors and voters do not think religion should have a special role in the business of local authorities."

In 2015 the Local Government (Religious etc. Observances) Act was passed, despite a campaign by the National Secular Society and its honorary associates in parliament, which allowed local authorities in England to "facilitate" religious events.

The legislation was primarily aimed at overturning a High Court order which ruled that the practise of having prayers during council meetings was unlawful, but the Act also made provision for local authorities to engage in a variety of religious activities.

The legislation covers a range of local authorities from town councils and the London Assembly to joint waste authorities and internal drainage boards.