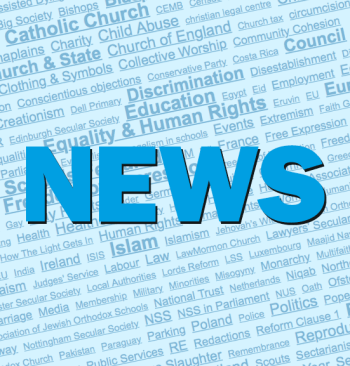 Plans in Georgia to pass an anti-blasphemy measure with punitive fines for 'offences' have drawn criticism from a non-Orthodox bishop, and from an MP of the ruling coalition.

The bill would mean a 300 lari fine, around £84, or a week's average salary, for "insults to religious feelings". The 'desecration' of a religious building or symbol would result in a fine of 500 lari, equivalent to about £140. In each case, a second offence would attract double the fine.

The bishop is Rusudan Gotsiridze, an Evangelical Baptist, and the first female bishop in Georgia. She has spoken out against the bill, describing it as 'terrible' and warning: "This law is not going to protect anyone; at least not the minorities, and will be a powerful tool against freedom of speech." She hopes it will not pass to become law.

Republican Party MP and member of the coalition, Tamar Kordzaia, has also criticised the measure: "A perceived insult to religious feelings should be disputed by an individual. The state can never know if some particular action is offensive to a particular individual."

The ruling coalition endorsed the plans at a meeting of the human rights committee. The Georgian Orthodox Church has reportedly denied backing the bill, but the country's constitution was strongly criticised by the International Humanist and Ethical Union (IHEU) in 2015 for "systemic discrimination" against the non-religious and "systematic religious privilege" for the Orthodox Church which is conferred with special status and privilege – despite the nation's constitution stipulating the independence of church and state.

IHEU's annual 'Freedom of Thought' report criticised the concordat between the Georgian Orthodox Church (GOC) and the government, which "grants rights not given to other religious groups, including legal immunity for the GOC patriarch" and "a consultative role in government, especially in the sphere of education".

A similar proposal was mooted in 2013, at which time it was denounced as contradicting 'basic human rights' for restricting freedom of expression. Religious figures condemned the earlier proposal for threatening democratic development and religious pluralism.

The Tolerance Centre warned that "Imposing legal prohibitions against hate speech will not lead to the desired result."