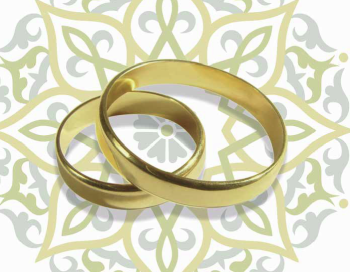 A report from the Muslim Women's Network (MWNUK) has called for greater efforts to promote women's legal rights, warning that some Muslim men are using marriage and divorce as a "psychological tool against women".

In a document offering information and guidance on Islamic marriages and divorce in the UK, the charity speaks out against parallel legal systems and warns that Muslim women were facing discrimination and psychological abuse.

The report makes a series of recommendations, including reform of marriage law and making civil marriages compulsory prior to any religious marriages.

According to MWNUK, "confusion arises from the fact that British courts can generally recognise Muslim marriages and divorces that were registered abroad. However, Muslim marriages and divorces conducted in Britain are not recognised under English, Welsh, Scottish law or Northern Irish law. This is because we cannot have parallel legal systems and British Muslims are expected to utilise the legal mechanisms available in this country. In reality this means that those in legally recognised marriages have recourse to UK laws while those in unrecognised marriages do not."

The group warn that Muslim women face "multiple barriers" when trying to leave an unhappy marriage. "Pressure from family and community to remain within abusive marriages and to suffer in silence is common because of the perceived stigma of divorce and it being regarded as shameful. Others do not understand the legal status of their marriage and therefore their rights pertaining to divorce."

Even if women do have a civil marriage from which they can obtain a divorce, "Muslim women may also want the reassurance of an Islamically pronounced divorce." But this leaves them at the mercy of religious 'authorities', the campaigners warned, who charge a fee for their services. Many women are prevented from getting this religious sanction depending on the "school of thought, religious sect and personal prejudices of the individuals who deal with their cases."

Some Muslim men refuse to grant a divorce to their original wife despite remarrying, and others threaten women with "an instant verbal Islamic divorce". Some men are "threatening to marry again and commit polygamy."

The group has cited several personal testimonies from women affected by the lack of legal protection to women who only have unregistered religious 'marriages'. One woman came to the UK on a spousal visa but was divorced after her husband made her sign divorce documents that she couldn't read or understand. Neither she nor her children receive any financial support from her ex-husband.

One woman, Farmida, became the victim of what she called "a completely sexist procedure and one that is completely biased towards men. Despite providing statements, witnesses and evidence that my ex-husband was violent, abusive, shirked all marital responsibilities, whose behaviour was damaging to my children, I was repeatedly asked to reconcile."

She described being "interrogated" by men at the Sharia Council and was only able to get an Islamic divorce when she received a Decree Absolute. "I felt the Islamic procedure had been pointless as all I needed to do was just obtain an English civil divorce and show them the paperwork and they had to listen. How about the women who have only had the Islamic marriage in the UK? It is not recognised by English law so they cannot use an English divorce to apply pressure."

The report raised a range of other issues related to Islamic 'marriages', including polygamy and the ban on Muslim women marrying non-Muslim men.

MWNUK argue that one possible solution "to combat polygyny and also ensure women are financially protected in the event of divorce could be to require [that] all Islamic (and other religious marriages) are not conducted unless a civil marriage has taken place … Punishment for conducting such ceremonies without seeing evidence of a civil marriage could include fines."

Addressing the absolute prohibition on Muslim women marrying non-Muslim men upheld by "all major Islamic schools of thought" that state that "Muslim women cannot marry non-Muslim men under any circumstances", MWNUK pointed out that some Muslim women were now beginning to challenge the tradition as just "another way of restricting women's freedom."

The author of the report, Shaista Gohir, recently wrote to Birmingham Central Mosque after the mosque's chairman, Muhammad Afzal, claimed that "forced marriage was no longer a problem". 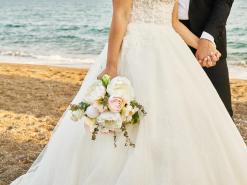