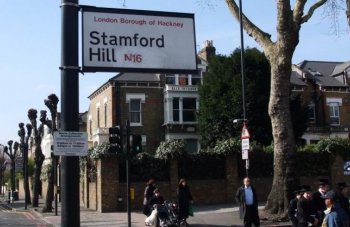 A school which threatened a 'ban' on mothers driving their children to school has been criticised by Ofsted for failing to sufficiently promote "pupils' safety and well-being."

In an emergency inspection commissioned by the Department for Education, Ofsted found that the Talmud Torah Machzikei Hadass School was failing to meet independent school standards and raised concerns about safeguarding of pupils at the school.

The strict Charedi school's founding principle is described as "unconditional adherence to the Shulchan Aruch (code of Jewish law)" and Ofsted said that school leaders "are aware that this disregards the protected characteristic of sexual orientation within the 2010 Equality Act."

Inspectors were critical about the provision of non-religious education, and said that the secular curriculum was "variable" at best. While the curriculum policy "makes reference to linguistic, mathematical, scientific, technological, human and social, physical, and aesthetic and creative education" Ofsted found that in fact this was not well delivered.

School leaders "do not consider how all curriculum areas should be developed and taught" and asserted that "English tuition beyond Key Stage 3 is provided at home."

There were further problems with the careers advice provided at the school, which "focuses only on steering boys towards continuing with their academic studies in religious institutions."

"No provision" is currently made for "boys who may wish to progress with other careers," the report said.

Safeguarding concerns were also raised and inspectors wrote that "The school does not promote pupils' safety and well-being well enough."

Dates for when pupils join and leave the school are not recorded and a "lack of information" about pupils' further studies after leaving the schools means "the school does not know if pupils are safe or missing."

Issues such as "child sexual exploitation, faith abuse, forced marriage and preventing radicalisation are not considered" in the safeguarding policy.

Talmud Torah Machzikei Hadass School attracted significant controversy in 2015 after Belz rabbis said that women driving went against "the traditional rules of modesty" for their sect, and that children would be prevented from attending schools if they were driven there by their mothers.

In June 2015 the Equality and Human Rights Commission said the two schools involved had issued a "satisfactory response" and that the EHRC would not take any legal action over the matter.

Ofsted inspected the school in July 2015, at the request of the DfE.