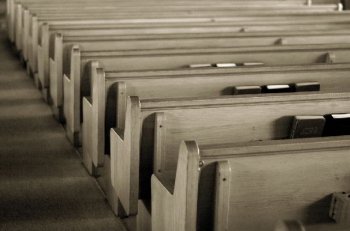 The National Secular Society has stressed the need for a new secular settlement after a YouGov survey for Lancaster University found that 46% of UK adults consider themselves to have "no religion", compared to just 42% who say they are Christian.

Professor Linda Woodhead, professor in the sociology of religion at Lancaster University, has said that "no religion" is the new normal as "religious sexism and homophobia" drive young people away from organised religion.

The move away from religion is particularly pronounced among young people, as found in other similar studies. Under-40s are nearly twice as likely to be non-religious than Christian. Just 31% of under-40s describe themselves as Christian, compared with 56% of under-40s who have no religion.

National Secular Society spokesperson, Benjamin Jones, said: "This new research sheds further light on a new cultural and demographic reality, one that has been developing for many decades: that Britain is not a religious nation, that we cannot be described meaningfully as a 'Christian country'. Politicians have generally been slow to grasp this, but we hope they realise that a new secular settlement is not an attack on religion or religious people, but would simply reflect the reality of religion and belief in the UK today.

"Our political structures and the education system both lag behind the population, which are clearly, by any measure, not particularly religious in outlook.

"That doesn't mean the UK is or should be an 'atheist country'. It should simply have a state which doesn't privilege one religion or belief over others. A secular state is the best way of achieving this."

The "nones" are not all atheists; only 13% of the non-religious describe themselves as such, with 11% describing themselves as "spiritual".

99% of nones "do not take part in any religious group or form of collective worship", though a "quarter take part in some spiritual activity in the course of a month".

Professor Woodhead said: "No religion is the new norm, and there is every indication that its majority share will continue to grow. In terms of upbringing, no religion is particularly [sticky]. We can see that 95% of people with a 'no religion' upbringing retain that identity, whilst 40% of those with a Christian upbringing lose a Christian identity.

"It used to be quite common for people to identify as Church of England simply because they were English, but now they're more [likely] to think of themselves as having no religion.

She also said that "The rise of the nones may be due not only to the fact that people have become less religious, but that the churches have become more so – more set apart from society."

Lancaster University said the shift away from religion is "more pronounced in Britain than in other counties with a similar or related religious history."

Just last week, the Archbishop of Canterbury told Anglican leaders that the Church was still a "primary source of leadership for communities" and described the Bench of Bishops in the House of Lords as the "most orthodox since WWII."