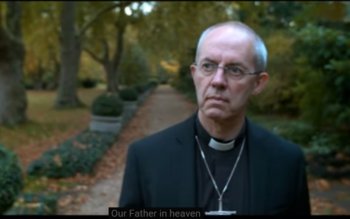 The NSS has defended cinema chains' freedom to refuse religious or political advertising after the Equality and Human Rights Commission (EHRC) accused them of "failing to uphold Britain's long tradition of freedom of expression."

The EHRC has offered its legal expertise to the Church of England, should the Church seek to use the law to force cinemas to screen its advert featuring the Lord's Prayer. The EHRC also said it would examine issues raised by Digital Cinema Media's (DCM) decision not to screen the advert as part of its ongoing examination of the laws protecting freedom of religion and belief.

However, the National Secular Society has accused both the EHRC and Church of England of using a "free speech" argument where it doesn't apply.

Stephen Evans, the National Secular Society's campaigns manager, said: "As the EHRC's own guidance on freedom of expression makes clear, free speech considerations do not apply to decisions taken by private companies.

"The Church may be disappointed but it cannot claim its free speech has been infringed simply because a cinema chain exercises its commercial freedom not to screen religious advertising in its cinemas.

"Cinemas are free to decide for themselves which material they wish to screen and the Church of England has failed to advance any cogent legal reason why cinemas should be compelled to screen the Church's commercial. Even more concerning is that the Commission has offered to intervene and assist the Church without giving any legal justification either, instead echoing the Church's victimhood narrative on this issue. This has placed unwarranted pressure on a commercial company operating within the law, and we believe in good faith.

"The even-handedness of DCM's policy also means it has not been unlawfully discriminatory. The actions of the Church and the Commission therefore represent an unreasonable interference on DCM's lawful commercial activities."

In a statement on its website, EHRC Chief Executive Rebecca Hilsenrath voiced strong opposition to the decision not to show the adverts on the grounds they might 'offend' people. "There is no right not to be offended in the UK; what is offensive is very subjective and this is a slippery slope towards increasing censorship", she said.

"We wholeheartedly agree with the Commission that nobody has the right not be offended – a principle we regularly uphold by actively defending the right of evangelical street preachers facing sanction for speaking out in ways we find offensive. There is rightly no law prohibiting cinemas from screening religious messages if they want to. However if they choose not to for commercial reasons then that is their right. It is therefore disappointing and somewhat perplexing to see the Church, and particularly the EHRC, seeking to deny them that freedom."

Mr Evans added that the NSS hoped to work with the Commission to encourage it to include a secularist perspective on this issue in the commission's inquiry.

DCM's long-standing policy of not accepting political or religious advertising applies regardless of the specific religious or political beliefs involved. DCM say the policy was "informed by feedback from customers" and it believed a "clear neutral stance remains the fairest policy for all".

A spokesperson for DCM told the Mail on Sunday: "We remain confident in both the appropriateness and lawfulness of our neutral policy and as such are happy to assist the Commission as and when we hear from them."

The Church created a media storm last month after claiming that its advert had been 'banned' in fear of causing 'offence'. However, DCM informed the Church of England as early as August that its policy of not carrying religious or political advertising meant it would not be accepting the Church's advert. The majority of the scenes were filmed subsequently.

The Church of England's media campaign around the so called 'Lord's Prayer ban' was timed to coincide with the launch of its "Just Pray" website in November. The BBC, which worked closely with the Church to promote the story – even attending the filming – amended its own article to replace the word "ban" with "snub" shortly after publication following criticism.

The Church has claimed that it wanted to screen its advert featuring the Lord's Prayer prior to the new Star Wars film which opens in cinemas this Christmas. Steven Slack, the Church's legal adviser warned the decision not to screen the advert gave rise to the possibility of legal proceedings.

However, a UK Human Rights Blog from One Crown Office Row barristers' chambers suggested the Church of England did not have a "right to buy" commercial advertising space in cinemas and indicated that any claim brought under the Equality Act would be unlikely to succeed.

Mr Evans added: "It's understandable that a company delivering an entertainment experience for all may want to avoid overtly religious and political content – not because it is offensive – but because both are subjects about which people feel very strongly and differently about. DCM's policy simply reflects that.

"Nobody at the National Secular Society finds the Church's advert remotely offensive and would support DCM's freedom to screen it if it chose to. However, if religious or anti-religious advertising were allowed free reign in cinemas those calling for the Lord's Prayer to be shown now may feel differently about other adverts. Cinemas simply recognise that a night out at the cinema might not be the best forum for competing ideologies to be expressed."

So called Lord's Prayer 'Ban': It's Winterval all over again