EHRC urged to tackle discrimination and unfairness of faith schools 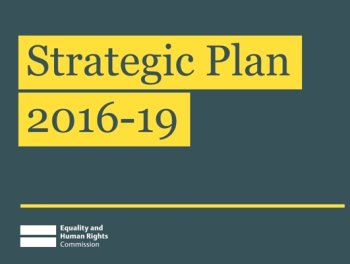 The National Secular Society has called on the Equality and Human Rights Commission (EHRC) to tackle issues of discrimination and unfairness stemming from religious influence in publicly funded education.

The NSS urged the EHRC to use its powers to assess the scale and impact of faith schools as part of its response to the EHRC's 2016 - 2019 Strategic Plan Consultation on which challenges and issues the Commission should tackle over the three year Strategic Plan period.

In its submission the NSS called on the Commission to focus on the discrimination resulting from faith schools' ability to select pupils on the basis of their parents' religion or religious activities. Equality Act exceptions permit schools designated as having a religious character to use faith-based oversubscription criteria and allocate places by reference to faith when the school is oversubscribed. In many cases this results in children being denied access to their local school or leads to parents feeling compelled to attend church services to secure a place for their child.

The submission also calls on the Commission to investigate the extent of discrimination in employment at faith-based schools and to assess the potential detriment to the career prospects of non-Christian teachers – including those seeking promotion to leadership positions.

The NSS argues that faith schools are able to discriminate on grounds of religion and belief far beyond where it could reasonably be considered to be a 'genuine occupational requirement' and therefore beyond the level of discrimination permitted by the EU Employment Directive establishing a general framework for equal treatment in employment and occupation. The NSS urged the Commission to support repeal of the exemptions that permit discrimination against teachers on grounds of religion or belief and sexual orientation, arguing that a requirement on teachers to simply uphold the ethos of the school should suffice.

The Commission is also urged to investigate issues stemming from the limited availability of secular provision in some areas and the extent to which the public funding of faith-based schools is undermining the ability of all parents to raise their children in accordance with their own religious or philosophical convictions.

The submission also draws the Commission's attention to the growing consensus against the legal requirement on schools to provide, and for pupils to "take part in", a daily act of collective worship and urges the Commission to push for a duty on schools to ensure all aspect of the school day are inclusive and appropriate for children of all religion and belief backgrounds.

Earlier this year the Commission published a comprehensive review on progress towards greater equality and human rights protection in Britain. Despite the significant controversy around the role of religion in schools the report made no mention of the issues arising from it.

The National Secular Society said it was "both disappointing and surprising" that these issues haven't been a focus for the Commission, despite being a considerable topic of public debate.

Stephen Evans, the National Secular Society's campaigns manager, said: "Various legislative and equality exemptions have facilitated unjust discrimination in our education system on a significant scale for too long. Given the Commission's remit to challenge discrimination, and to protect and promote human rights, we would like to see it playing a greater role in advocating for a more inclusive education system, based upon respect for children's independent rights and principles of equality and fairness.

"The discrimination permitted against both teachers and pupils on grounds of religion or belief is both unjust and inimical to utilising schools to nurture a more inclusive and cohesive society. Meanwhile, a requirement on schools to provide worship and a lack of secular provision in some areas undermines children's right to freedom of religion and belief and usurps parental rights.

"The Equality and Human Rights Commission is well placed to tackle these areas where there is still unfair discrimination and where religious freedom is not being adequately respected, and we urge it do so."

As part of its strategic plan the Commission has indicated its intention to tackle harassment and abuse, including forced marriage, child sexual abuse and exploitation, hate crime against LGBT people and discrimination based on ethnicity and religion or belief.

It will also work towards encouraging democratic participation and ensure access to justice – a move welcomed by the NSS which has urged the Commission to look at this issue in the context of religious tribunals, including so called 'sharia courts' which undermine the rights of women and other vulnerable groups from Muslim backgrounds.