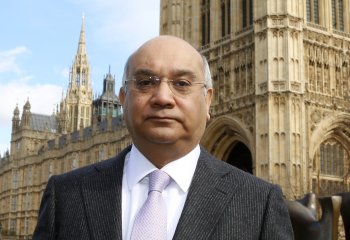 Labour MP Keith Vaz has expressed his support for the reintroduction of UK blasphemy laws – provided they "apply equally to everybody."

His comments were reportedly made at an event organised by the Muslim Council of Britain to explore responses to terrorism and extremism, held in London on 12 November.

During discussions on how to respond to 'slurs' and "grossly irresponsible" coverage of Muslim issues in the media, attendees called for Britain's Independent Press Standards Organisation (IPSO) to use its powers to pursue complaints of discrimination against groups of people, such as those of Muslim faith, even if no individual is specified in an offending article.

Miqdaad Versi, Assistant Secretary General of the MCB, said "Muslim communities need to be able to respond to accusations [against] Muslims, or against the Prophet, in a more effective way."

He added: "Whether there should be legislation is something that really is a more complicated question."

But in response to discussion on new blasphemy legislation, Vaz, who is the chairman of the influential Home Affairs Select Committee, told Al Arabiya that under certain conditions he would have "no problem" with the reintroduction of blasphemy laws in the UK.

"Religions are very special to people. And therefore I have no objection to [a blasphemy law] … but it must apply equally to everybody," the longstanding Labour MP added.

The remarks have been strongly condemned by the National Secular Society.

In response to the MP's comments, NSS executive director, Keith Porteous Wood, said: "I am appalled that such a senior politician should be blithely contemplating the reintroduction of blasphemy laws. In any plural society, ideas, including religious ideas, should be open to rigorous debate. We already have an armoury of laws restricting freedom of expression. Religiously aggravated insults already carry a seven year tariff. This is already likely to have a chilling effect on freedom of expression.

"Reintroducing blasphemy laws would not be showing a good example to those Muslim countries where blasphemy laws carry the death sentence. Even being accused of blasphemy in Pakistan – sometimes a tactic of commercial or political rivals - can result in extra-judicial death."

Vaz went on to give contradictory answers about his views, saying that there should not be blasphemy laws in the UK, before adding, "If somebody brings it forward in parliament I'll vote for it… Obviously it depends what's in the bill. But I have no objection to it being brought before parliament and having a debate about it."

David Anderson QC, the Government's Independent Reviewer of Terrorism Legislation, said he would have "no problem with the idea of a democratic debate on whether there is room for some kind of blasphemy law". But the senior lawyer also explained that "I'm not sure whether I would welcome a blasphemy law, because I think we have to be free to make fun of each other. We even have to be free to offend each other".

In 2008 the National Secular Society played a key role in the abolition of blasphemy laws in England and Wales. The NSS is also part of a new campaign – Defend Free Speech – to oppose the introduction of new freedom of speech laws.

You can read the National Secular Society's position statement on anti-Muslim bigotry here.