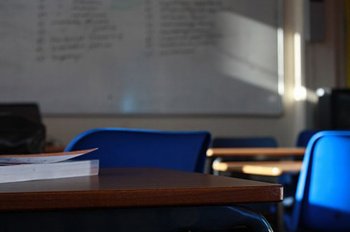 A professional conduct panel has ruled against two teachers at the centre of the 'Trojan Horse' scandal, finding that pupils of Park View Academy were "immersed in orthodox Islamic doctrine."

The two men, Akeel Ahmed and Inamulhaq Anwar, faced a professional conduct panel which found that while there was no evidence of Islamic "extremism", a particularly conservative view of the Islamic faith was advanced at the school – including through the use of loudspeakers to broadcast a daily call to prayer throughout the non-faith school.

The tribunal ruled that there had been a coordinated attempt to subvert Park View Academy's non-faith status and that there was "undue religious influence" at the school, now renamed.

NSS campaigns manager Stephen Evans said: "It is appalling that this was allowed to go on in a community school, but we must not forget that countless children and young people routinely receive this type of education in taxpayer-funded faith schools – and sometimes worse in independent schools where extremely reactionary forms of Islam – and other faiths – are taught."

Prayer was strongly encouraged through posters and instructions to teachers at the school, and the academy's curriculum was "reformed" to exclude "proper teaching of sex and relationship education, use of contraception and safe sex". The culmination of these practices for students was that the school had "stifled their development as normal teenagers", the panel said.

The conduct of the two teachers, the tribunal concluded, undermined respect for people of other religions and beliefs.

The BBC reported that "The panel found Mr Ahmed organised and delivered assemblies of an overly religious nature with inappropriate content, but found the facts not proven in relation to Mr Anwar."

The panel also found that both men fed students a "diet of Islam", and were "generals" in enforcing Islamic disciplinary measures in the Academy.

Both Mr Ahmed and Mr Anwar have been served with interim teaching bans, with other measures expected to be taken in the near future – thought likely to include a permanent ban from the classroom.

The chairman of the panel, Mark Tweedle, commented: "Pupils raised in a predominantly Muslim community and immersed in orthodox Islamic doctrine at school are more likely to feel isolated and inadequately prepared for the world as they grow up.

"As such they are more likely to be vulnerable from the actions and inferences of others who may exploit any sense of alienation."

Several tribunals are investigating allegations relating to the Trojan Horse scandal and the schools involved, and these panels have heard a string of accusations about teachers' conduct, including claims that children were told in one school that they could not have pet dogs because it was un-Islamic.

A National College of Teaching and Leadership panel was told that Christmas and Diwali celebrations had been cancelled at one Trojan Horse school and at the same institution, Oldknow Academy, now closed, one teacher – Asif Khan – allegedly banned students from listening to music.

In an assembly at Oldknow Academy a teacher alleged that children in the secular school were told that while Islam and Christianity were "similar", Christianity "is wrong" and Islam "is right".

Thirteen teachers in total stand accused of allowing an "undue amount of religion" to dominate pupils' education, and other rulings are expected soon.