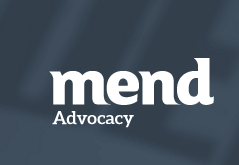 A Muslim activist has boasted of plans to ban criticism of Islam, days before his organisation is due to appear at the SNP conference.

A research assistant for Muslim Engagement and Development (MEND), Amar Alam, has bragged on social media about his organisation's work to tackle hate crimes and the Government's specific recording of anti-Muslim hate crimes being the "first major step" in banning criticism of Islam.

Mr Alam boasted on Facebook that the group was using campaigns against anti-Muslim hate-crime and 'Islamophobia' as a cover to ban criticism of Islam. He said, "After years of groundwork by MEND, we have just heard that the government will make it a legal requirement for all police forces in the UK to record Islamophobic attacks as a separate hate crime like anti-Semitism."

Thanks to this work from MEND, he bragged, "This is the first major step in completely outlawing Islamophobia in the UK. Make du'a that just like anti-Semitism, anyone who writes or says anything malicious against Islam will be prosecuted in the future insha'Allah".

The remarks were publicised by secular activist Chris Moos, who posted a screenshot of Alam's Facebook comments on Twitter.

MEND will appear at a fringe event at the SNP conference on Friday 16 where representatives will discuss "representations of Islam and Muslims in print media and social media".

National Secular Society spokesperson, Stephen Evans, said, "well-meaning people who use the phrase 'Islamophobia' need to think very seriously about why that term is used instead of anti-Muslim bigotry. Comments like this highlight what many have known for a long time; that the term 'Islamophobia' is being used as a front for eroding free speech and banning criticism of Islam.

"Senior politicians and most media organisation now use the word 'Islamophobia' without question, there are repeated calls to 'ban Islamophobia' and there is worrying vagueness about what is meant by these pleas."

The SNP fringe event will feature Sufyan Ismail, MEND's CEO, and an unnamed SNP MP. Ismail has said that British society "hates" Muslims and complained that "it's perfectly OK under UK law to hate Islam and Muslims".

Ismail said that David Cameron would not have the "audacity" to prosecute Muslims who fought for the Islamic State if MEND "landed those 20 seats or 30 seats" in the election.

MEND campaigns against anti-Muslim bigotry but serious concerns were raised about its activities by Andrew Gilligan in the Telegraph, who wrote in April that the organisation was a "front group for Muslim extremists". He warned that it had built links with both major parties and that it had been chosen as an "official partner" by the Electoral Commission in the run-up to the 2015 General Election. He reported that MEND has links with CAGE, and the organisation claimed before the poll in May that it was a "kingmaker" in the election.

MEND has also been criticised recently by other groups working to tackle anti-Muslim violence.

After being criticised for his remarks, Alam subsequently claimed his comments were only his personal view, but maintained that "malicious hatred" against religion should be "condemned".

Mr Evans added; "This group should be completely free to speak out and campaign – no matter how strongly we reject their agenda - but the SNP may wish to reconsider its association with MEND and whether offering them such a high profile platform is in line with the values of the party."

Before the election MEND published a "Muslim manifesto" which called for the protection of free speech "while developing good guidelines to tackle hate speech online" and "primary legislation to deal with social media offences and hate speech online."

In February, the NSS called for better statistics and monitoring of hate crime to tackle religiously-motivated violence.

See also: The encroachment of reactionary Islamism in academic life.