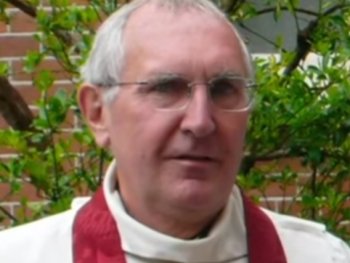 The National Secular Society has said that the Church of England cannot escape blame following the jailing of a retired Anglican priest for sexual offences committed against boys as young as 14.

Vickery House, from West Sussex, was jailed for six and half years at the Old Bailey today after being found guilty of five charges of indecent assault. House had denied eight counts of indecent assault against six males aged 14 to 34 dating back to the 1970s and 1980s.

The former Church of England priest was the "Right-hand man" of disgraced bishop Peter Ball who was jailed earlier this month for a string of offences against teenagers and young men.

Three of House's victims were also abused by Ball around the time they took part in a Church of England scheme called Give A Year For Christ which was run by the clergymen.

"House and Bishop Ball misused their Anglican religious order to attract and systematically abuse young men. Instead of exercising their duty of care, they ruthlessly exploited their religious and institutional power over the victims.

"Such clerical abuse has been rife in the Anglican diocese of Chichester for many decades. Some of the diocese's former bishops have misled enquiries or have even been abusers. The current bishop maintained, when one of his predecessors was exposed recently, that 'it [fell] far short of a cover-up' - even though a complaint had been made to the diocese in the 1990's. The Bishop of Chichester, Dr Martin Warner, needs to be much less defensive and more open.

"The Church cannot escape blame for the failure of numerous inquiries to uncover the truth only now starting to become apparent. That failure has allowed perpetrators to continue abusing and evade justice, compounding the abuse of victims.

"Given the appalling record in Chichester, I have no confidence in any country-wide enquiry conducted by the Church, however notionally independent, and I am calling for the Independent Inquiry into Child Sexual Abuse, led by Hon. Lowell Goddard, to pay particular attention to Chichester."