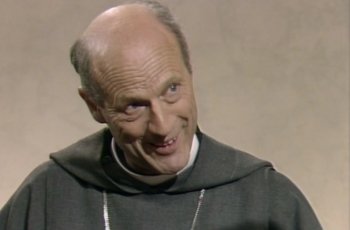 Peter Ball, the former Bishop of Gloucester and Lewes, has been sentenced to 32 months in prison after pleading guilty to offences against 18 teenagers and young men – allegations Ball denied for over twenty years.

The prosecution said that for Ball "religion was a cloak behind which he hid in order to satisfy his sexual interest in those who trusted him".

The court heard that police documents in the 1990s revealed they received telephone calls of support for the disgraced bishop from dozens of people, including MPs, former public school headmasters, magistrates and a judge. In addition, his defence team claimed to have more than 'two thousand letters of support… including letters from cabinet ministers and Royal Family,' said prosecutor Bobbie Cheema-Grubb QC at the Old Bailey.

Keith Porteous Wood, National Secular Society executive director, commented: "Such volumes could not have been achieved without an huge orchestrated campaign. Copies of the letters should be examined, as complete a list as possible of writers and callers obtained, particularly for those of high profile as their support would have been especially influential. It should be established whose idea this was, who masterminded it and who carried it out.

Archbishop of Canterbury Justin Welby has recently commissioned an independent review of how the Church dealt with the allegations, but the National Secular Society has expressed concerns that the review will not have the scope required to establish the full extent of wrongdoing.

Speaking after sentence was handed down, Mr Wood said: "Much more important than Ball's sentence is that this case has demonstrated the power the Church which has even recently bullied victims into silence and sought to curry favour with the law to let off perpetrators, or let them off lightly and impose reporting restrictions.

"Ball's case is a disgraceful catalogue of the legal system letting him off at every juncture. Just last month, two serious charges were inexplicably ordered to 'lay on the court file' - presumably to be ignored at least until Ball becomes too old or unfit to stand trial, a ruse he has already tried.

"Abuse victims' lives are often ruined by the abuse, they are much more likely to be substance abusers and vulnerable to suicidal impulses. One of Ball's victims, Neil Todd, killed himself and another, Graham Sawyer of Briercliffe, said that he had wished at times that he were dead. He was adamant that 'people at the highest levels of the Church are more concerned with 'saving face'."

Mr Wood said there were numerous examples of this evident in Ball's case alone.

"Evidence abounds of an institutional culture of intimidation of victims, in effect compounding the abuse, robbing the victims of justice, and not just allowing the perpetrator to escape justice, but enabling them to continue the abuse.

"The extent to which the Church's attitude has changed is as yet unclear. Several survivors were recently reported to have been told by Paul Butler, Bishop of Durham (responsible for dealing with abuse), that 'the Church was too busy working on banking reform' to have time for abuse responses, and his statement when Ball pleaded guilty was perfunctory, given the depth of the Church's complicity and the extent to which that had increased the suffering of victims. Sawyer maintains that Bishop Butler 'is out of his depth, and should step aside'.

"The first step in a change of culture that this case demonstrates to be so necessary is that employees and volunteers in all organisations involved with minors, including religious ones, should make reporting of reasonable suspicion of child abuse mandatory, with failure a dismissible offence. And the law should be amended to make the failure of those working in such institutions to do so a criminal offence."

Mr Wood is calling for the Lowell Goddard led Independent Inquiry into Child Sexual Abuse to fully examine not just the Church's role, but also the part played by the Crown Prosecution Service, by police and by politicians.

In the 1990s the CPS assured then-Archbishop Carey that no further action would be taken against Bishop Ball after he accepted a caution and resigned.

The Guardian reported that the court was told "MPs, a lord chief justice the royal family and public school headmasters all intervened" to stop Peter Ball from being prosecuted in the 1990s.

The National Secular Society has set-out twenty questions which an inquiry must answer on the relationship between the Church and police, and why the CPS did not take matters further when allegations against Ball were made. The CPS have now admitted that Ball should have been prosecuted two decades ago when the claims about sex abuse were made.

Victims are suing the Church of England for compensation amounting to "hundreds of thousands of pounds" over their handling of the case.

The Church of England has offered "an unreserved apology to all the survivors".