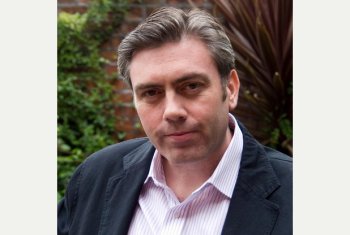 A Local councillor has resigned after his motion to remove prayers from East Herts District Council meetings was defeated. The all Conservative council rejected the motion of Cllr Adrian McNeece on Wednesday night, by 42 votes to 5.

Mr McNeece's motion argued that "meetings of East Herts District Council should be conducted in a manner equally welcoming to all attendees, regardless of their individual religious beliefs or lack of belief" and that therefore, "worship should therefore play no part in the formal or informal business of council meetings, on council premises."

Mr McNeece sought to challenge the impression that the local authority "identifies with a particular religious belief" and to "ensure this council is more representative and inclusive".

Mr McNeece told Herts and Essex Observer: "The separation of government and religion is essential. I think it's extremely important and I'm extremely saddened that such a huge number of councillors voted against the motion."

In his speech, Mr McNeece argued that the inclusion of prayers undermined religious freedom by enabling a majority of councillors to impose their beliefs on others. "Whilst this may not seem like a great imposition to those who are involved with or enjoy the prayers, it can be for many others who do not believe, or who hold different faiths", he said.

Cllr Gary Jones, a Christian and deputy leader of East Herts District council, received applause after opposing the motion, despite failing to address any of the concerns raised by Cllr McNeece.

Following the vote, Mr McNeece told the NSS that he felt the tone of the debate and the defeat of the motion exposed a "pernicious link between the Conservative party and Christianity".

"I worry that such triumphalism painted local government as out of touch and potentially put off a diverse range of candidates from standing because the link between Christianity and government in this country is arguably first encountered at constituency level when selecting candidates".

Mr McNeece said he felt the defeat reflected "political expediency" on the part of Council's executive, who wished to "pander" to some Christians on the Council.

In the meeting Mr Mr McNeece referred to the 75% of respondents to a Herts and Essex Observer online poll in support of ending prayers, as of 11am Thursday morning the figure was 92%.

Stephen Evans, spokesperson for the National Secular Society, commented: "It's a terrible shame to see a public servant left feeling so alienated by a council's insistence on praying at meetings.

"The simplest way to avoid this type of unnecessary division and distraction is for councillors who wish to pray to do so before entering the chamber and not seeking to impose their religious beliefs and rituals on others."

In March 2015 the Local Government (Religious etc. Observances) Act gave a wide range of local authorities in England the power to conduct prayers and other religious functions as part of their official business. A 2012 High Court decision had previously ruled that local authorities had no power to do so.

Since March 2015 a number of local authorities have voted to end the practice, which is becoming increasingly uncommon.

A video of the East Herts District Council meeting is available here.