Council of Europe “retreat” on circumcision of young boys 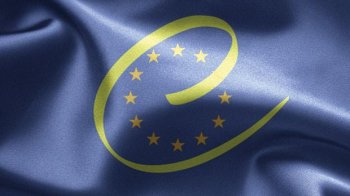 Jewish and Muslim groups have claimed victory after the Council of Europe 'retreated' over a proposed ban on male circumcision (non-therapeutic excision of the foreskin) and instead recommended that it only be performed by trained individuals.

Religious campaigners had feared that the Council would call for a prohibition on the non-therapeutic circumcision of young boys, and welcomed a resolution passed by the Parliamentary Assembly of the Council of Europe (PACE) on religious freedom that "recommends that member States provide for ritual circumcision of children not to be allowed unless practised by a person with the requisite training and skill, in appropriate medical and health conditions", but which does not call for an outright ban on the practice.

Ofer Aderet, of Haaretz, said "I believe it's a retreat from the previous resolution … because in 2013, circumcision was cast in a negative light along with a string of horrific practices like female genital mutilation whereas the new resolution speaks of circumcision as part of freedom of worship, which needs to be preserved."

PACE is a statutory organ of the Council of Europe dedicated to upholding human rights, democracy and the rule of law. Its powers extend only to the ability to investigate, recommend and advise.

The recently passed resolution notes that "Certain religious practices remain controversial within national communities. Albeit in different ways, the wearing of full-face veils, circumcision of young boys and ritual slaughter are divisive issues and the Assembly is aware of the fact that there is no consensus among Council of Europe member States on these matters."

While the Council stresses that circumcision of young boys must be performed "by a person with the requisite training and skill" it does not specify what training is required, or what the "appropriate" conditions for circumcision are.

The 2013 resolution instructed members states to "publicly condemn the most harmful practices, such as female genital mutilation, and pass legislation banning these" but on male circumcision said only that states must "clearly define the medical, sanitary and other conditions to be ensured for practices which are today widely carried out in certain religious communities, such as the non-medically justified circumcision of young boys".

In a statement on the new resolution, the Council called for freedom of religion "without impediment and without discrimination" and it called for "'reasonable accommodations' for controversial religious practices, in particular in the workplace" – language criticised by the National Secular Society.

Stephen Evans, National Secular Society campaigns manager, said: "We absolutely support freedom of conscience and religion, but the right to religious freedom isn't absolute and doesn't permit believers to manifest their beliefs in ways that infringe on the freedoms, rights or dignity of others. Council of Europe parliamentarians could be much clearer about that."

The Council said that "Religious communities should be able to exercise the right to freedom of religion 'without impediment and without discrimination' and to practise their faith publicly and freely in accordance with their own rites" but added that the principle of politics being independent from religion should be respected.

It also said that "education is the key to combating ignorance" and for building more inclusive societies in Europe.