Council rejects prayers during meetings in “victory for common sense” 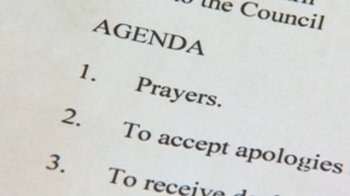 A bid to introduce Christian prayers during council meetings in Norfolk has met with a crushing 10-2 defeat, as one resident warned the plan was 'backwards' and "highly divisive".

Wymondham councillor Tony Holden, who proposed the idea, said "we are a Christian country" and claimed he had "been asked by several members of the public why this council does not have prayers."

However, the proposal was roundly criticised by other councillors and members of the public present at the meeting. The chairman of the meeting, Councillor Lee Hornby, said "I don't believe that the council is a religious entity and I personally I wouldn't support the recommendation."

Several councillors stood up for the neutrality and secularism of the council, with Councillor Adam Osborne warning that, if approved, the motion "could end up being divisive and could open up all sorts of issues."

The council overwhelmingly rejected the proposal, with one abstention and just two votes in favour versus ten votes against.

Councillors who voted the motion down were supported by a member of the public, Mr Pete Travis, who was quoted by local media telling the council that they "were elected to serve on a strictly secular body" and to "serve all citizens of this town" regardless of identity, race or religion.

However, during a section of the meeting open to public contributions, Barry Rooks of the evangelical Alive Church said he "could not see why" councillors wouldn't want to open their meetings with Christian prayers.

Councillor Julian Halls described the result of the vote as a "victory for common sense".

"I was elected to deal with matters of Wymondham Town management and not to attend a religious service. If I wanted to do that I would go to Church", he said.