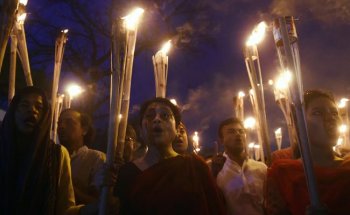 Secular writers are defiant after Bangladeshi Islamists stepped up their campaign of murders with a global death list.

The Ansarullah Bangla Team (ABT), who are behind a spate of murders carried out this year, have escalated their campaign of intimidation and violence against secularists by releasing a list targeting secular bloggers in Bangladesh and overseas for death.

This has prompted fears of 'lone-wolf' attacks on the writers by Islamists inspired by ABT's list.

As well as those targeted within Bangladesh, the list includes nine bloggers based in the UK, with others in Germany, the United States, Sweden and Canada.

Ajanta Deb Roy, an activist who has been included on the list, told the National Secular Society that she "will not stop" until "my country is free of fundamentalism".

Commenting on the situation in Bangladesh, she said that Islamists had "created their own Islamic state within the state where they can threaten to kill anyone and everyone in the name of Islam."

She said that while many of the writers targeted are atheists, not all of them are, and all share a "common connection in their writing and activism – that is the demand for a secular Bangladesh".

Regardless of their personal religious beliefs or lack of them, all of the writers and activists had spoken out against Islamic fundamentalism in Bangladesh, she added.

The Metropolitan Police are investigating the threats and Ajanta Deb Roy is receiving various security instructions from police as a precaution.

"I will not stop my activism. I will not rest until my country is free of fundamentalism and become a properly secular country. I feel much safer in the UK but still live in a fear every day."

"I don't worry much for myself now but I am worried for my fellow bloggers and activists who are still in Bangladesh. They do not have any safety or security."

In May the National Secular Society joined calls urging the UK Government to do more to tackle violence and discrimination targeted against non-believers and secularists around the world.

See also: You can never kill ideas: an anonymous blogger on the deaths of secularists in Bangladesh.