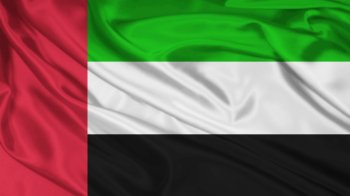 The United Arab Emirates has passed an 'anti-hatred' law which it has claimed will help tackle discrimination, but which outlaws 'insulting' religion.

The Vice President and Ruler of Dubai, Sheikh Mohammed bin Rashid, reportedly said that the decree "guarantees the freedom of individuals from religious intolerance." He claimed that the new law was 'inclusive'.

However Gulf News reports that the legislation makes illegal "any acts that stoke religious hatred" and "any form of expression" that insults religion.

The law, passed by decree at the end of July, "prohibits any act that would be considered as insulting God, His prophets or apostles or holy books or houses of worship or graveyards."

The legislation purports to allow for an "environment of tolerance" and "broad-mindedness", but includes potential 10 year jail terms and substantial fines for those who break the law.

Provisions in the legislation include a prohibition on expressing doubt about the existence of God.

NSS president Terry Sanderson commented: "The UAE are using anti-discrimination legislation as a cover to criminalise all manner of dissent- including blasphemy. It is dispiriting, and sadly unsurprising to see yet another crackdown on religious freedom and freedom of speech in the Islamic world.

"As with the recent comments from the Saudi Arabian Ministry of Islamic Affairs, the language of human rights, freedom and tolerance are subverted in order to further an Islamist agenda, in this case under the guise of an anti-discrimination statute. In fact, this legislation insults the concept of equality by creating discrimination against non-believers."

While the law does make it illegal to discriminate on the basis of ethnicity or religion, and on some other characteristics, it undermines these provisions by criminalising the expression of atheism and with its severe restrictions on free speech.

There have also been concerns that the anti-discrimination provisions of the legislation make no reference to sexual orientation, and therefore offer no protection to victims of discrimination on the basis of their sexuality.

Mr Sanderson added: "It's important that attention is drawn to laws like these, particularly given that so many Islamist regimes are intent on enacting global laws against the 'defamation of religion'.

"These attempts often cynically hijack the vocabulary of human rights, something which we also see from many groups and activists in the West who lobby for de facto blasphemy legislation."