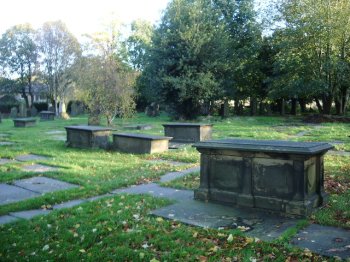 The National Secular Society has written to the Government to clarify whether the Church of England is seeking to block the exhumation of remains not buried on Church land.

The Church of England has objected on doctrinal grounds to an increase in the number of people seeking to move the buried remains of relatives if they relocate away from the burial site, a trend which is becoming more popular with an average of 25 such applications being received by the Ministry of Justice every week.

"The permanent burial of the physical body, or the burial of cremated remains, should be seen as a symbol of our entrusting the person to God for resurrection," a Church spokesperson said, stressing that burials should be "permanent".

NSS executive director Keith Porteous Wood has written to Caroline Dinenage MP, the Minister responsible for burials and cremation policy, and asked that the Government not heed the Church's theological objections to applications for exhumation of remains over which the Ministry of Justice, rather than the Church, has control.

While the NSS accepts that the Church is "entitled to refuse" requests for exhumation on Church land, the National Secular Society hopes that the Church will take "compassionate factors into account" when making these decisions.

Mr Porteous Wood commented: "Relatives of the bereaved derive great comfort from visiting graves, and many visit them weekly. If the relatives move a long way this would be impractical on grounds of cost and time, and possibly disability or age.

"Where the body is buried in land not under the control of religious bodies, and the decision on exhumation falls to the Ministry of Justice, we believe it inappropriate that religious objections should play any part in their decision," he added.

The Church however believes: "We are commending the person to God, saying farewell to them (for their 'journey'), entrusting them in peace for their ultimate destination, with us, the heavenly Jerusalem. This commending, entrusting, resting in peace does not sit easily with 'portable remains', which suggests the opposite: a holding on to the 'symbol' of a human life rather than a giving back to God."

While applications to the Ministry of Justice are on the rise, the Church has declined several requests relating to the exhumation of remains on Church lands in recent years, including applications from elderly relatives and people not physically able to visit the graves of their loved ones.

In 2014, a judge in a Church of England consistory (ecclesiastical) court declined to allow a daughter to have her father's cremated remains exhumed so that they could be scattered together with her recently deceased mother.

In a similar case in July 2015, another Church of England ecclesiastical court refused the request of a wheelchair-bound pensioner to move her mother's cremated remains, despite the fact that the elderly woman was not able to visit the grave.

In October 2006, a widow who was too unwell to maintain her late husband's burial plot requested that his ashes be exhumed, but her request was refused by a Church of England ecclesiastical court which said that remains were not "portable". The judge in the case said, "The general principle is that exhumation will only be granted in exceptional circumstances."

The National Secular Society is calling on the Church to take personal considerations into account compassionately, and has urged the Government to clarify whether theological objections are playing an influence on exhumation requests from non-Church grounds.