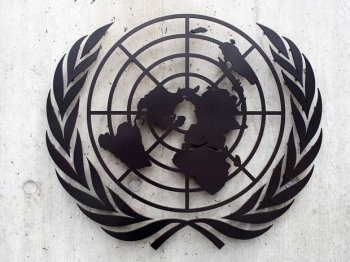 The UN Committee on the Rights of the Child has strongly criticised Mexico over "corroborated reports that hundreds of children have been sexually abused for years by clerics of the Catholic Church and other religious faiths".

The Committee is particularly concerned about "the general impunity which perpetrators have enjoyed so far" and "about the low number of investigations and prosecutions of the perpetrators as well as alleged complicity of state officials." It also notes the "lack of complaints mechanisms, services and compensation available to children".

Keith Porteous Wood, the National Secular Society's executive director, said that the Committee's recommendations to Mexico "could hardly have been more direct".

The Committee "strongly urges" Mexico to:

Mr Porteous Wood added: "The Committee should be commended for making these points so strongly, especially given that, as far as can be established from the Committee's website, no specific representations were made to it about this matter by civil society organisations in Mexico.

"We hope that representations made to the Committee about child rape and other violence under the aegis of the Catholic Church worldwide by international abuse victim/survivor organisations, and ourselves, have helped to raise a general awareness of these issues.

"More important, though, is that these latest recommendations are taken seriously and acted upon. The Catholic Church centrally has set a bad example. The Holy See was the subject of even more damning criticism in 2014 , which was reported widely, but the Vatican was dismissive of it.

"There is room for rather more optimism over Mexico following the Committee's recommendations than the Holy See doing so."

In response to the Committee, the Government of Mexico has recognised that there are "many challenges" to "the rights of children and adolescents in the country", and stated that the Government will work to "provide care in a coordinated way in addressing these recommendations".

The Committee's first task in the next review in five years' time will be to check the progress made.