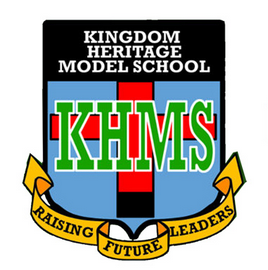 A Christian group that linked child disobedience with witchcraft has withdrawn its application to open an independent school after the NSS called on the DfE not to grant the school registered status.

The organisation behind the proposed school, which has its headquarters in Nigeria, is known as Living Faith Church Worldwide and also Winners' Chapel International (WCI).

The organisation's bid to open its first UK school in Kent was thwarted by the NSS after the Society drew the media's attention to the church's teachings and video footage of its leader, the preacher David Oyedepo, slapping a young girl after accusing her of being a witch.

The Department for Education has confirmed to the National Secular Society that the application to register Kingdom Heritage Model School has been withdrawn and that there is no longer an application from the group "under consideration".

Kingdom Heritage Model School had previously advertised for a headteacher, listing responsibilities that included ensuring an "an atmosphere that encourages respect for authority, strong character, obedience and a Christ-like spirit". The school, which pledged to teach "Biblical truths" in each subject, previously posted pictures of the school's 'opening' on its Facebook page, which has since been removed.

The application to open a school had been supported by the Evangelical Alliance who said that "the context of what happens in Nigeria and what happens here is very different."

A spokesperson for the National Secular Society said: "There is no context in which it is acceptable to slap a child for being a witch. It is appalling to suggest otherwise and no group like that should play any part in our education system."

The Metropolitan Police warned in 2012 that there was a "clear and immediate risk of significant harm" to children believed to be witches and that views about spirit possession could lead to "extreme physical and emotional abuse and to child deaths".