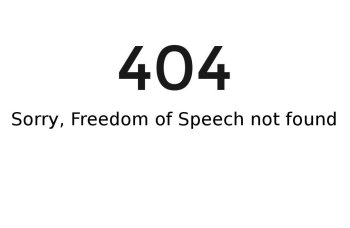 The Manchester Free Speech and Secular Society's website has been deleted, shortly after the group received a message warning they would "feel remorse" if they didn't stop criticising Islamic fundamentalism.

The Free Speech and Secular Society (FSS) was sent a message, from an IP address in Saudi Arabia, which warned: "Please stop mocking Muslims otherwise you will feel remorse."

A spokesperson for the Society said that on the same day the sinister message was received, "someone tried to get access to the website, as multiple accounts received password reset prompts that weren't initiated by the account holders."

Despite not thinking much of the initial apparent threat or the attempts to hack into the website, by the 27 June the Society found that their website had been deleted entirely. The hacker "deleted everything that could be deleted," according to the FSS. "No message was left on the site."

The FSS contacted their webhosting service who confirmed unambiguously that it was not their doing or the result of a technical error. The Society sent a response to the email address used to issue the warning, but has had no further reply.

"Given the timing of the ambiguous message, we inquired with the sender whether he had anything to do with it, but as of yet we have received no response," the FSS said in a statement.

They added that it was "quite shocking" that even a "small and insignificant society as ours, promoting liberal values, was targeted all the way from Saudi Arabia. This just adds to the sad reality that free speech today is very much under threat."

The FSS said that they had "some articles critical of Islamic fundamentalism" on their website, and also commentary about their Student Union's decision to ban the FSS from displaying the 'survivors' edition' of Charlie Hebdo published after the attack on their Paris office.

The Society writes that their focus is on "free speech and secularism" and that they have been "hacked and threatened for supporting free speech".

The historian Tom Holland said the society had been "menaced" by "enemies of free speech".

Ben Jones, the National Secular Society's communications officer, commented: "This appears to be a particularly sinister attempt to stop debate, criticism and commentary about and around Islam. We hope the Manchester Free Speech and Secular Society have their website restored soon and can recover from the attack quickly. We offer our solidarity and support. No-one group or individual should be left to face the danger of defending free speech alone.

"Threats to freedom of expression are coming thick and fast and from all quarters. Whether it is student unions censoring student comedy shows for 'blasphemy', or university administrators cancelling events about Islam to avoid causing 'offence' or on other spurious grounds, or the invidious prosecution of Christian preachers for criticising Islamic beliefs, the right to freedom of expression must be defended.

"There are concerted attempts to establish global blasphemy laws coming from the OIC, who still long for a global law against the 'defamation of religion'; from terrorists using violent jihad; moves by complicit student unions and universities to indirectly support these efforts in the interest of 'cohesion'; and in this case from hackers and what the FSS call 'cyber-jihadists'. No matter what form the attack comes in, free speech must be defended."