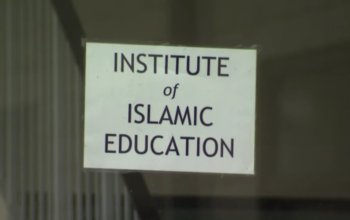 The National Secular Society has written to the Department for Education and Ofsted calling for a fresh inspection of an Islamic school where pupils are reportedly banned from socialising with "outsiders".

Sky News reported on 25 July that the Tablighi Jamaat Islamic Institute of Education in Dewsbury threatens students with expulsion if they socialise with non-Muslims, and that boarders are banned from using televisions and cameras, as well as music players, mobile phones and other "items that are prohibited in Islam".

However despite this, the last inspection by Ofsted in 2011 rated the school as "good".

Ofsted praised the school for the "excellent tracking and assessment system in place" for lessons on the memorisation of the Quran. The inspection report said that "Qur'anic memorisation [is] outstanding."

The 2011 inspection found that "students have an excellent understanding of their own Muslim culture" but have "no first-hand experiences" at all to "extend their empathy with differing cultural groups in society both at home and overseas."

The Ofsted report recommended that the school develop "links with other schools to provide students with opportunities to socialise and learn with their peers in different environments", which is in stark contrast to the rules uncovered by Sky News which prohibit social interactions with non-Muslims.

Since 2014, independent schools have been required to "actively promote" the fundamental values "of democracy, the rule of law, individual liberty, and mutual respect and tolerance of those with different faiths and beliefs."

The National Secular Society has written to the Department for Education and Ofsted calling for an inspection to take place under the new rules as a matter of urgency.

Stephen Evans, National Secular Society campaigns manager, said: "The most recent inspection of the Tablighi Jamaat Islamic Institute of Education predates the revision of the regulations, but we believe there are serious doubts as to whether the school sufficiently met the standards in operation at the time of its previous inspection.

"A fresh inspection is therefore necessary to ensure that the school is meeting the New Independent School Standards and adequately preparing its students for life in modern Britain.

"It is important that throughout all aspects of education there is an emphasis on the basic values that underpin a free, equal and progressive society. No establishment found to be involved in promoting ideas that are counter-cohesive, separatist and contrary to the values outlined in the standards should be permitted to operate as registered school."

The National Secular Society responded to a Government consultation on the new standards for independent schools in August 2014, and warned at the time that any attempt to tackle extremism in schools would be "undermined by an education system that encourages faith based schools and allows children … to be separated according to the religious beliefs of their parents."

The new guidance states that "pupils must be encouraged to regard people of all faiths, races and cultures with respect and tolerance".

The Prime Minister recently made a significant speech on tackling extremism in which he said that "it cannot be right" that "people can grow up and go to school and hardly ever come into meaningful contact with people from other backgrounds and faiths."

While the NSS welcomed much of his speech, his refusal to tackle faith schools ignored a key factor which drives ethnic and social segregation in the UK today.

David Cameron added that "you don't have to support violence to subscribe to certain intolerant ideas which create a climate in which extremists can flourish."

Mr Evans added, "The insular nature of the Institute of Islamic Education and its prohibition on socialising with non-Muslims sounds like a case study in what the Prime Minister warned about. We hope a new investigation is carried out as soon as possible."