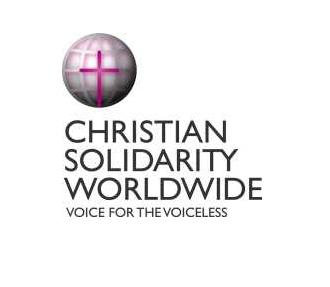 Christian Solidarity Worldwide (CSW) has warned that dropping explicit reference to secularism from Nepal's constitution could leave Christians at risk of persecution.

Nepal was established as a secular democracy relatively recently, after long-running internal conflicts, but now Christian campaigners fear that they may face religious persecution after a government survey found widespread support for the description of Nepal as a 'Hindu' state in the nation's constitution, rather than describing the country as a 'secular' republic.

Premier Christian Radio reports that the CSW fear the change in the constitution "to make Nepal solely a Hindu state could pave the way for more persecution against Christians and other minorities in the country."

He added that "the rights of all citizens to discuss and share their beliefs and opinions with others who may not hold the same beliefs, as guaranteed by Article 19 of the ICCPR, must also be upheld."

"With reference to the new constitution of Nepal, if the word 'secular' is omitted from the constitution, then there needs to be another way of expressing the state's 'neutrality' towards all religions," Mr Kankhwende said.

Christian Solidarity Worldwide have praised the secular model for bridging divisions between religious groups and for maintaining the current "independence of government from any one religion."

An NSS spokesperson commented: "We hope that the Nepalese government defends freedom of and from religion, including the freedom to leave or change your faith, or to have no religious beliefs whatsoever.

"It would be a great shame if the constitution does drop the term 'secularism' in favour of a religious description of Nepal as a 'Hindu country'. It is extremely problematic to describe any nation, no matter how religiously homogeneous, in terms of a religious faith. That argument applies to Nepal and the UK alike.

"Secularism defends the rights of the religious and non-religious alike, and protects religious minorities from state-backed discrimination."

CSW say they are advocating for a constitution in Nepal that would "guarantee every person the right to choose or change their religion or belief, and to communicate it to others, which draft proposals would endanger. There is also a need to safeguard harmonious coexistence between people of the many different faiths which exist in Nepal."

The group is also concerned that draft constitutional proposals may prohibit religious conversion. The CSW report that one proposal would criminalise converting "another person from one religion to another," language they have criticised.