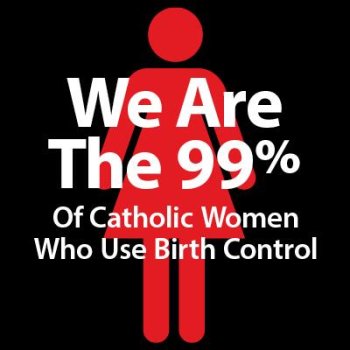 A survey of Catholics in England and Wales has found a very large gap between their views and the teachings of the church on gay marriage, contraception and divorce.

The survey, conducted by A Call To Action (ACTA), which is a Catholic group that calls for "an end to rule-book driven policies on the family and sex", found strong dissent on several key aspects of Vatican teaching.

85% of respondents reject the Catholic Church's prohibition on contraception and 88% object to "refusing access to the sacraments for the divorced and remarried."

A significant majority (55%) disagreed with the Vatican over same-sex marriage and 84% agreed with the statement "Love is love, whether it is heterosexual or homosexual. We could learn a lot from homosexual couples."

94% wanted the Church to be more welcoming of same-sex couples, single parents and divorced people.

The survey found that, across a wide range of social issues, Catholics have a far more tolerant and socially liberal outlook than that espoused by senior Church leaders.

The report will be circulated by ACTA to all Catholic Bishops in England and Wales.

An NSS spokesperson commented: "When Catholic leaders try to influence social policy according to religious doctrine, they should bear in mind that a large number of their own followers disagree with the official line, as the Church found with their crushing defeat in the recent referendum on marriage equality in Ireland.

"Equally, politicians should be wary of assuming that religious leaders are actually representative of views within their faith."

While the sample size was relatively small, other polling and surveys in the past have found a similar dissonance between the views of ordinary Catholics and the doctrinal teachings of the Vatican.

A recent survey of young American Catholics, by Catholics For Choice, found strong support for the belief that it should be illegal for Catholic institutions like churches and schools to discriminate on the basis of an employee's sexual orientation or support for abortion rights.