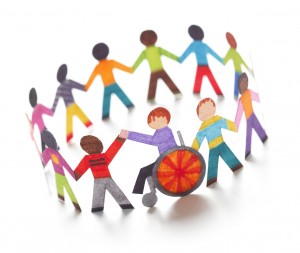 Joan Whitehead, chair of the Cambridgeshire County Council's committee for children and young people, said that new schools should be "inclusive". She warned that "a lot of the troubles we see today around the world are when people of different faiths are not able to get along together."

"Children need to learn to get on with all faiths," she added, in comments warmly welcomed by the National Secular Society.

Cambridge News reports that "an influential group of councillors criticised faith schools for separating children and called for any new schools to be inclusive."

The Children and Young People's Committee was discussing proposals on building a new denominational school, after the Roman Catholic Diocese of East Anglia called for new Catholic primary schools to be established.

One LibDem councillor, a former headteacher, argued that the council should not be involved in "assisting segregation" and that differences should be embraced rather than entrenched through faith-based schooling.

He said it was "not helpful" for school admissions to be based on parents' membership of a "particular faith."

The committee recommended that the Council "not support the establishment of a denominational school … unless its admissions policy was to give priority to children living in the catchment [area] and not to reserve a certain number of places for those from a particular faith."

The committee also decided that proposals for new faith schools would only be considered if there was actual evidence of "unmet local demand" for more faith-based schools.

The National Secular Society welcomed the decision as recent years have seen several faith based schools established despite low demand, diverting taxpayers' money away from areas where additional places really are needed. In some instances parents have been allocated places at undersubscribed and unwanted faith schools despite not sharing the faith of the school.

Stephen Evans, National Secular Society campaigns manager, commented: "Even where there is local demand for faith-based schools, public money would be more wisely spent providing inclusive schools that teach objectively and enable young people of all faith backgrounds to learn and participate in school life together and on an equal footing."

The only councillor to vote against the committee's recommendation was UKIP's Peter Ashcroft, who said Britain was "supposed to be a Christian country."

Mr Ashcroft said that Christianity should be the "bedrock of the education system," despite the fact that recent polling found that 62% of Britons say they are "not religious".