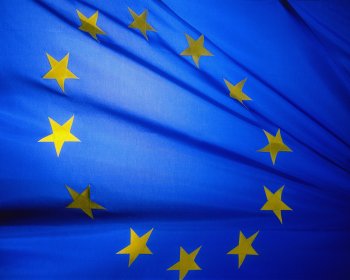 The National Secular Society has called on the EU Agency for Fundamental Rights to promote a robust civil society response against religious and ethnic hatred.

In a response to a consultation on anti-Semitic and anti-Muslim hatred in Europe, launched by the EU Agency for Fundamental Rights (FRA), the National Secular Society has called a renewed commitment to free speech and a strong civil society as the best defence against bigotry and discrimination.

The Society argued that Europe's changing demographics and the loss of traditional Christian privileges and identity are increasingly being projected by the far-right onto Muslims, who are targeted as a visible minority group.

While patterns of bigotry and far-right activity fluctuate across Europe and Islamist-motivated violence has increased, in Russia there has been a resurgence in Christian, far-right nationalism- which was singled out in the NSS response.

The National Secular Society has called for a shared civil society across Europe, bridging minority groups, and argued that "the most important tool for challenging hatred towards any community is to facilitate that community's integration into wider society; for Muslims and Jews to meet and interact with non-Muslims and non-Jews in the classroom, in the workplace, in secular public services and at the school gates."

The NSS wrote that while diversity and equality ought to be celebrated, respect for democracy, the rule of law and human rights was paramount. In the submission to the FRA we called this the basis of the secular state.

The response also argued that protecting free speech was vital to fostering civil society, and that defending free expression should be a core part of the EU's work.

We also raised concerns about the way in which minority groups have been engaged with by wider society through dubious "community leaders" in the past, and urged direct community engagement in the future.

The NSS has recently raised concerns over calls for specific laws against 'Islamophobia', and we argued again to the FRA that the term remains extremely problematic, and it is furthermore unhelpful when dealing with real anti-Muslim bigotry to conflate terminology which refers to both hate crime and criticism of a religion.

The FRA is responsible for providing expert advice across the range of EU institutions, and also offers guidance to EU member states to "ensure that the fundamental rights of people living in the EU are protected." As such, it is a vital forum in which to advance secular principles. The NSS response made the case that secularism is a pre-requisite for the creation of a society in which people of all religions or none can live together fairly and cohesively.

In addition to the consultation response, NSS executive director Keith Porteous Wood raised these issues and others at a high-level meeting between the Vice President of the European Commision, Frans Timmermans, and other secular organisations in Brussels.