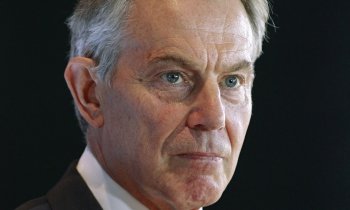 The NSS has criticised Tony Blair's proposals ahead of his appointment as chair of the European Council on Tolerance and Reconciliation (ECTR) as "ill thought out and counter-productive".

The former Prime Minister has defended proposals "lowering the barriers to what constitutes incitement to violence" and pan-European plans to make Holocaust denial illegal and to 'entrench' "state funding for religious institutions into law."

The NSS is adamant that measures such as 'group libel' would be "counter-productive, have a massive chilling effect on free speech and would be likely to restrict the open debate necessary to resolve problems."

"Britain already has draconian legislation on religious insults – a possible seven year jail term with a low prosecution threshold. Politicians have already called for the outlawing of Islamophobia, playing into the hands of those intent on closing down honest debate about and within Islam."

"There is no need for more laws, and the ones we already have fail to adequately protect freedom of expression. A robust civil society with a deep commitment to free expression is our best hope for challenging and countering bigoted narratives and misguided views. Driving extremist views underground will only allow them to fester and allow their proponents to present themselves as martyrs."

Mr Wood continued, "Outlawing Holocaust denial completely undermines the West's defence of freedom of speech at home and abroad and removes our moral authority to propound freedom of expression abroad. No one has the right in a plural society not to be offended and ideas should not be proscribed but people should be defended from incitement to violence.

"A European-wide Holocaust denial law would be exhibit A in every response from dictators abroad - and Islamists at home - when we criticise their appalling human rights records or challenge their rhetoric and beliefs."

On proposals to require governments to provide security to synagogues and Jewish schools, Mr Wood said: "There is nothing preventing the state from providing security to places of worship where deemed necessary, appropriate and cost effective."

"However, imposing pan-European, mandatory security at all places of worship and all Jewish schools is disproportionate. While a European response to extremism is called for, EU member states face a different scale of challenges. It would not be effective to require every EU country to respond in exactly the same way to anti-Semitism when the scope and detail of the issues faced in each nation varies so much."

The NSS has also accused Mr Blair of being "confused over the role of religion".

"For Mr Blair to dismiss those intent on justifying violence in the name of religion as abusing religion and using it as a mask reveals that his enthusiasm for religion has once more led him to misunderstand one of the roots of this problem. While few would suggest that extremists' interpretations of their faith are mainstream in today's society, it is naïve and counterproductive to deny the role that such interpretations play in their religio-political motivations.

"In their eyes, which is all that matters, they are acting with greater fidelity to their religion than anyone, and all the Abrahamic religions have passages in their texts which can be used to justify such violence.

"Recognising this harsh and politically unpalatable reality is a condition precedent to even starting to solve the problem", said Mr Wood.

Mr Wood said: "The state should stand separation from religious institutions – not be involved in the funding of them. It's hard to see what justification Mr Blair could have for making such a vague and deeply anti-secular proposal."