NSS: Christians have nothing to fear from secularism 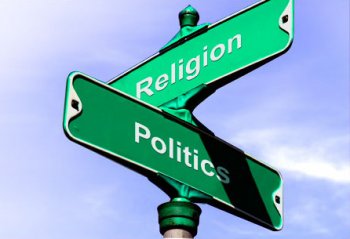 More practising Christians in the UK identified secularism as a "social and political issue" than poverty, in a new poll by ComRes.

When asked what the main "social" "political" and other issues facing "Britain today" were, social justice emerged as the main concern, with 27% naming "inequality" and the "gap between the rich and poor"; followed by 18% who expressed concern about secularism.

This 18% also included those concerned with "spiritual/religious decline" and the "erosion of Christian values."

Notably, Christians polled were more concerned about secularism as a 'social issue' than poverty (12%), which ComRes listed separately from "social justice".

14% put immigration at the top of their list of concerns. 3% said the "threat of Islam/Islamisation" was the main issue facing the UK.

But the President of the National Secular Society said Christians and religious believers have "nothing to fear", and "a lot to gain" from a secular state- even if it means the loss of traditional privileges for the established church.

Terry Sanderson, NSS president commented, "There is obviously a confusion among some Christians about terminology. The creators of this survey and many of its respondents seem to be confusing secularisation with secularism. Secularisation – the process whereby attachment to religion drops in a society - is not the same as 'secularism'- the constitutional framework of a secular state. This poses no threat to religion; in fact it protects all religions and none from the imposition of any single religion's doctrines on society at large.

"Religion can and does thrive in secular states, as in the United States. While religiosity in the US is now starting to fall, it can hardly be claimed that religion is side-lined or that religious people are 'pushed out' of public life in America.

"As the makeup of religion in the UK continues to change increasingly drastically, Christians will, in fact, find secularism ultimately protects them- as much as it protects atheists, non-believers and members of minority faiths."

Mr Sanderson added: "We certainly hope that it is not the case that 18% of UK Christians 'fear' secularism. The Secular Charter of the NSS states explicitly that the rights of religious people to believe and worship must be protected by law, as I have argued many times before.

"I suspect also that many respondents would consider 'poverty' to be a 'social justice' issue."

Asked by ComRes, in research paid for by Tearfund, to identify the "main issues" facing "the world over the next 10 years" practising Christians in the UK identified climate change and environmental issues most often, with 28% selecting environmental concerns.

The National Secular Society recently criticised the Pope's encyclical on climate change for ignoring the role Catholic social teachings and the ban on contraception play in driving unsustainable over-population.

See also: "Why 'Militant' Secularism is for Believers, Too" by NSS president Terry Sanderson.