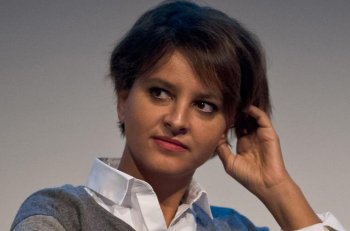 The French education minister has cautioned against France's secularity rules suppressing the rights of religious people to freedom of expression.

Najat Vallaud-Belkacem warned that the way in which France manifests secularism has occasionally been "counter-productive" and has limited the rights of religious school pupils.

"We have to be careful not to have a form of militant secularity in our country, which is counter-productive for children we would like to see adhere to secularity," she said.

"In recent years, we have reached levels of unwarranted tension, which go a long way in explaining the misunderstanding surrounding the notion of secularity, and the reason why some young people don't associate with it.

"How can a child adhere to school and the notion of secularity when they see their mother rejected from a school outing, stigmatised, left on the sidelines, just because she has a scarf on her head?"

Vallaud-Belkacem added that secularism should not be seen as a "strict rule."

She also cautioned against proselytising in schools but said she was against an "ultra-rigid" implementation of secularism.