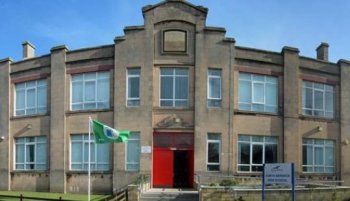 In just three days over 300 students at a Scottish High School signed a petition against compulsory Christian assemblies.

The petition says that the assemblies at North Berwick High School are "discriminatory and outdated" and that there should "be no religious influence" in schools, or at least that other faiths besides Christianity should be represented.

Neil Barber of the Edinburgh Secular Society welcomed the petition and said the Society was "heartened to hear that hundreds of pupils at North Berwick High School have signed a petition demanding an end to Christian assemblies in the school.

"They are understandably concerned that these discriminatory assemblies represent only the Christian religion and are led only by Christian church members.

"The days of Christians having exclusive and privileged control over the "spirituality" of pupils in our state schools are clearly numbered," Mr Barber added.

In response to the petition, Reverend Laurence Twaddle, the Belhaven Parish Church minister, said that Christianity had "made Scotland" and the school was therefore justified in its "weighted emphasis" on Christian teaching.

Mr Barber wrote that the cleric had responded arrogantly to the petition and quoted one student who said the assemblies were "out of touch with the views of today's society and young people."

Reverend Twaddle also claimed that Christianity was "the local vibe" and that "educationalists feel it is important it gets particular emphasis in school communities."

The East Lothian Courier reports that, as of 18 June, 334 students had signed the petition.

The nature of the assemblies has been a long-running source of contention. The Contender, a paper produced by young people in the local area, said that all students are "subject to some degree of spiritual influence within the school" and that "many students believe that it is inappropriate to push any belief system within public education."

One student quoted in the newspaper commented, "for a public school to influence children in one way or another towards religion is morally wrong."

Meanwhile, a petition has been launched by an NSS member in Scotland calling on the Scottish Government to change the law that presently requires compulsory collective worship in all Scottish schools. The petition can be signed here.