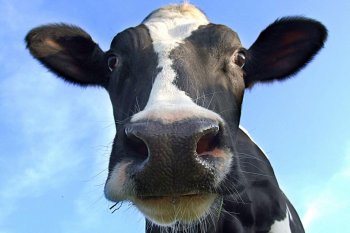 A survey by the European Commission has found widespread confusion over religious slaughter but clear support for labelling to indicate whether meat is from a pre-stunned animal.

The National Secular Society has reiterated its call for clearer labelling of meat, and ultimately for an end to the legal exemptions allowing religious slaughter of animals without prior stunning.

The report, on the stunning of animals before slaughter, found that 45% of respondents across the EU think were in favour of different labelling on meat from animals that were not pre-stunned. Just 23% thought similar labelling should be used on meat from stunned and non-stunned animals.

Although the survey found that "animal welfare at slaughter" was not a high criterion for consumers, when directly prompted 72% said they would be interested in "receiving information on the stunning of animals at slaughter when they buy meat."

Additionally, 48% of respondents said they would look for information on "how authorities check the rules on the protection of animals at slaughter".

Shechita UK, which lobbies on behalf of the Jewish community on religious slaughter, welcomed the report and claimed that "consumers see labelling as a peripheral issue". Unsurprisingly however, the survey found that "information on pre-slaughter stunning is not an important issue [to consumers] unless brought to their attention" at which point a large percentage had concerns.

The report also found significant distinctions in opinion between consumers in Western and Eastern Europe.

The report noted that "there is little accurate consumer understanding of the slaughter process". It argued that labelling on food, allowing consumers to choose between meat from stunned or non-stunned animals, would risk that "religious groups become stigmatised."

"If non-stun slaughter is allowed to continue, clearer labelling on meat products would at least allow consumers to make informed choices. There is very clear support for more information, and the report points out that there is currently limited knowledge.

"To provide choice, and the information that an overwhelming number of respondents clearly want, labelling of meat should be clarified to let people know whether meat is from a pre-stunned animal or not. That doesn't 'stigmatise' anyone.

"The feelings of some religious believers are not more important than the need to allow people to make informed, ethical choices."

The John Blackwell, president of the British Veterinary Association (BVA), said that many people were unwittingly eating meat from animals that had suffered painful deaths because they had not been stunned. He said that failing to label unstunned meat "takes away the individual's right to make an informed decision".

Both the BVA and National Secular Society campaign for an end to the exemption allowing religious groups to slaughter animals without first stunning them.