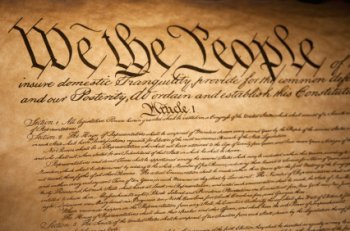 The London School of Economics has published its "People's Constitution" which would enshrine secular principles across the UK.

The document calls for the separation of church and state and was built upon values and issues chosen at a "packed open meeting" in October 2013. Thousands of people contributed to the crowdsourced constitution in the two years after the meeting, before a convention at the LSE in April 2015 saw the public's and expert contributions formalised into a single, unified text.

In a blog introducing the paper, Conor Gearty, a Professor of human rights law, warns that "crisis is around the corner" for the UK's governance and writes that the country faces "moral as well as constitutional" issues in how it is run.

The Constitution says that "people of all faiths and no faith shall have equal rights" and it enshrines the principle that faith groups shall not be granted "favoured status" within government or society.

Touching on an issue of important to secularists during a time of public sector cuts and as the size of the state shrinks, the document also sets out that public services should only be provided by faith groups if they can deliver them "in a manner prescribed by law" and "in line" with the secular values of the constitution proposed.

The Constitution also explicitly sets out freedom of non-religious belief, saying that "every individual is free to have no religion and to express non-religious ideas."

The National Secular Society has called on the Government to recognise the true extent of global discrimination against atheists and freethinkers, particularly in light of events in Iraq and Syria, with the imprisonment and lashing of Raif Badawi in Saudi Arabia, and the numerous murders in Bangladesh committed by Islamists targeting secular and non-religious bloggers.

Mirroring the Constitution of the United States of America, the LSE crowdsourced constitution says that "Parliament shall make no law respecting an establishment of religion" or "prohibiting the free exercise" of religious belief.

An NSS spokesperson commented: "If the United Kingdom were to ever have a written constitution we would hope it would resemble the admirable secular principles set out in this proposal and of our own Secular Charter."

The LSE's crowdsourced "People's Constitution" can be read here