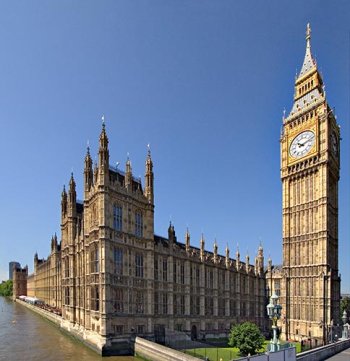 A number of bills related to secular causes have been successful in the House of Lords Private Members' Bill ballot, meaning that new laws on sharia tribunals, assisted dying, ending chancel repair liability, and Easter trading are set to be debated in Parliament.

The Easter Trading Bill, which the NSS has advocated for, would relax restrictions on Easter Sunday opening times for large stores.

Earlier this year the NSS wrote to the PM calling the current law an "unwarranted restriction on business" and said whilst it supported the rights of those who wish to observe Easter, it was disrespectful to the remainder of the population for the law to regulate how they spent their Easter Sundays.

The proposed legislation was introduced by Baroness Turner of Camden, an honorary associate of the NSS.

Additionally, Baroness Cox is putting forward her Arbitration and Mediation Services (Equality) Bill, which would regulate sharia courts to protect vulnerable individuals, and criminalise tribunals that falsely claim to have the legal powers of a court.

Baroness Cox has done significant campaign work in recent years on the issue of sharia tribunals and she has repeatedly warned about "religiously-sanctioned gender discrimination". She described sharia tribunals in the UK as "a rapidly-developing alternative quasi-legal system which undermines the fundamental principle of one law for all."

Meanwhile, the Chancel Repairs Bill will receive its First Reading on 3 June. The Bill, to be introduced by NSS honorary associate Lord Avebury, would end the mediaeval law which has seen thousands of homeowners in the past ten years registered as liable to pay for church repairs- seriously damaging the value of their homes. The legislation was previously introduced by Lord Avebury in the last Parliament and debated. The Bill is 17th in the ballot.

The Assisted Dying Bill will receive its First Reading by Lord Falconer of Thoroton on 4 June. The previous attempt to get assisted dying legislation through the Lords failed to complete its passage before the General Election, despite widespread public support.