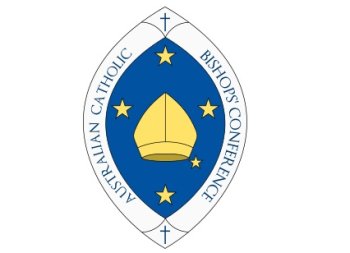 The Catholic Church has sent a booklet entitled "Don't Mess With Marriage" to 56 primary and secondary schools in Australia, prompting criticism from Australian secularists.

The letter is described as "a robust defence" of traditional marriage and ABC reports that the booklet has now been sent home with 25,000 students in Catholic schools.

The document says that homosexuality is a "real trial" for gay people and that the Church faces a "struggle for the very soul of marriage."

Scott Hedges, founder of the Australian "Fairness in Religions in Schools" campaign, denounced the letter, not least because he said "Catholic schools in Australia are largely state funded."

He added, "If the Catholic Church insists on using its publicly funded schools to advocate for policies that are at odds with the civil rights of Australian citizens, these same citizens have a right to question how their money is spent."

The letter, sent from the Australian Catholic Bishops Conference, says that gay marriage is 'destabilising' and undermines the "common good."

The bishops wrote, "'Messing with marriage'… is also 'messing with kids'. It is gravely unjust to them."

The letter also argues that same-sex marriage is "not fair or just" to gay people.

Mr Hedges added: "The Catholic Church wants to take money from the people, but it doesn't want any conditions placed on it. The people of Australia cannot continue to pay for an education system that has, at its core, an ideology that is at odds with their values."

He said that the decision by the Bishops Conference to use its state funded schools as a "distribution network for a political campaign" against same-sex marriage is a "clear example" of why there should be a "more principled understanding of secularism in the Commonwealth."

"While it is within the remit of the Catholic Church to insist that its followers remain celibate and single if God has made them gay, it is also well within the rights of Australians to demand that its government not support these same institutions.

"Australians anticipate their government following the lead of the Irish Parliament, and when that happens, the Australian Church may have to decide if its stance on gay marriage is more valuable that its money."

Australian Prime Minister Tony Abbott is against gay marriage and has refused calls for Australia to hold a referendum on the issue. He has described himself as "the last holdout for the traditional position" on marriage.

Commenting on the "Don't Mess With Marriage" document after its publication, Archbishop Christopher Prowse compared same-sex marriage to ecological disaster: "We talk about preserving the Great Barrier Reef and the ecological treasures that we have… this is the great human treasure, family."

He also claimed that debates about same-sex marriage were "one-sided".

Sydney Archbishop Anthony Fisher added: "Surely there are other ways of honouring the friendships of same-sex attracted and other people without further deconstructing marriage and the family."

Bishop Gregory O'Kelly, speaking on the definition of marriage, said: "The opinions of media personalities, or politicians, or a parliamentary vote can do what they wish, but no matter how much they say it, a pear remains a pear and does not change into an apple".

In 2012 the UK's Catholic Education Service (CES) was rebuked for blurring the distinction between faith and politics in schools after the National Secular Society accused it of abusing its authority by contacting Catholic schools asking them to tell pupils about a political campaign against equal marriage. Legislation to allow same-sex marriage in England and Wales was subsequently passed in July 2013.

Following the result of the recent Irish referendum which approved same-sex marriage by a very large margin, the Catholic Church has doubled-down on its opposition to marriage equality.

The Church in Ireland threatened before the vote to stop the registration of all civil marriages if the Ireland voted in favour of marriage equality. The move was condemned as a "crude strategy to frighten people", but speaking last week, the president of the Irish bishops' conference, Archbishop Eamon Martin of Armagh said it was "not yet certain" that Catholic priests will be able to continue presiding at civil marriages.

The Vatican's Secretary of State Cardinal, Pietro Parolin, described Ireland's referendum result as a "defeat for humanity. However, since same sex marriage was overwhelmingly approved, one Catholic cleric in Ireland said the Church needed a "reality check". The Archbishop of Dublin added that "the Church has to find a new language which will be understood and heard by people."